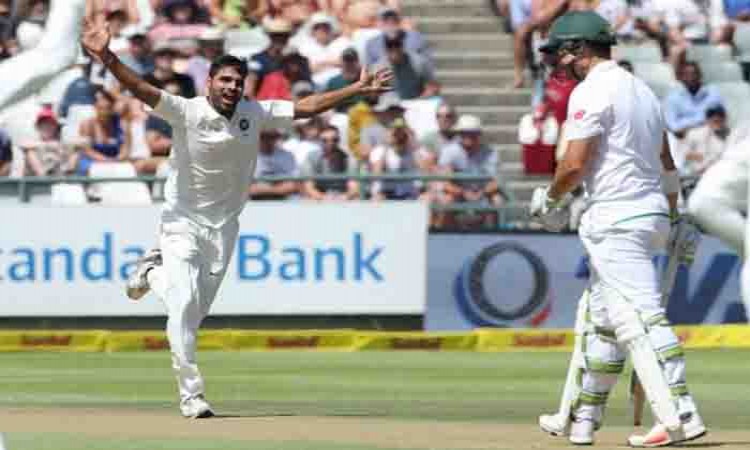 Cape Town, Jan 5 (Cricketnmore) Former captain Ab de Villiers' unbeaten half century steered South Africa to 107/3 at lunch on the opening day of the first Test against India at Newlands here on Friday.

De Villiers was unbeaten on 59 with skipper Faf du Plessis on 37 when the umpires called for the break.

Earlier, paceman Bhuvneshwar Kumar (3/39) rocked the hosts with three quick blows to reduce them to 12/3 after du Plessis won the toss and elected to bat.