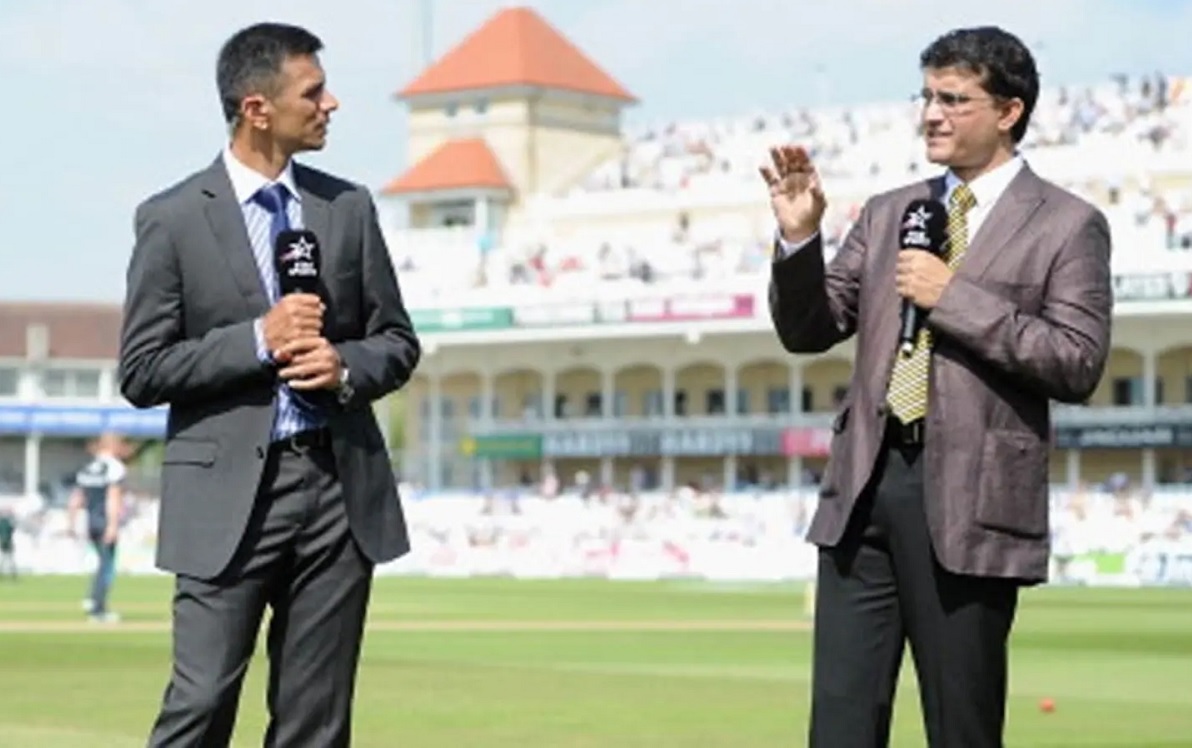 Board of Control for Cricket in India (BCCI) President and former India captain Sourav Ganguly has picked New Zealand as his favourite against Australia ahead of the ICC Men's T20 World Cup final to be played at the Dubai International Cricket Stadium on Sunday.

Ganguly also hailed the spirit of the present Men in Blue, despite their debacle in the tournament, gave a thumbs up to franchise cricket, and talked about a host of other issues, from Rahul Dravid's appointment as the national coach to bilateral cricket between India and Pakistan.

He was speaking at a book-signing ceremony on the concluding day of the 40th Sharjah International Book Fair on Saturday.

"I feel it is New Zealand's time in world sport. Australia are a great nation, but they have had a tough time for a while, though they have been a great cricketing country. New Zealand has a lot more guts and character than we see on TV. They won the World Test Championship a few months ago. It's a small country but it's got a lot of steel. I have the feeling that it is indeed New Zealand's time," he said.

Talking about the fortunes of Virat Kohli's team, Ganguly said: "India has had a great run. They beat Australia in Australia, and were ahead in England until the Test series was disrupted due to Covid-19. So they have done some wonderful things and you can expect more in the weeks and months to come."

He said this while brushing aside the recent controversy surrounding Mohammed Shami, who was targeted on social media after India's 10-wicket loss to Pakistan in their opening match in Dubai last month.

"Expectations were undoubtedly very high, but I was happy to see that a majority of the people had the heart to accept the result. They were upset, but they did not overreact. At the end of the day, (Jaspreet) Bumrah, (Mohammed) Shami, Rohit (Sharma) and (Virat) Kohli are all human beings," Ganguly said, lending his unequivocal support to the Men in Blue.

"It was just a matter of two bad games," he said, adding, "That's 40 overs of bad cricket. They will bounce back and within a year or so we will see the same boys lifting trophies."

On whether he had any influence on Rahul Dravid's recent selection as India's head coach, Ganguly jokingly said that he was just responding to an urgent plea by Dravid's son.

"I got a call from him saying his father was being too strict with him and that he needed to be taken away. That's when I called Rahul (Dravid) and told him that it was time for him to join the national team," Ganguly said.

"We grew up together, started around the same time, and spent most of the time playing together. So it was easy for some of us to make him feel welcome and wanted," Ganguly added on a more serious note, explaining how Dravid became the Indian team's coach.

He described his former teammate as a "tremendous ambassador" of the game, who played cricket in the "right spirit".

Talking about his personal highs as an administrator, Ganguly said that although he rated his feats as a player higher, he could not rule out what the team had achieved in Australia earlier this year, winning the four-Test series 2-1.

"The way (Rishabh) Pant and (Shubhman) Gill came out attacking to chase down 328 was remarkable and even more, to do it without the likes of Kohli, Shami, Ashwin. To beat Australia in Australia is always incredible," Ganguly said, as he went on to reminisce about his experiences in Australia.

Ganguly then explained why he thought Australia were the best team he had ever faced as a captain or a player.

"Australia were nearly invincible from 1995 to 2008 under Steve Waugh. That was a different kettle of fish. And that's why I thought beating them in 2001 changed Indian cricket forever. They came to India with 16 wins in a row, calling it the final frontier," he said.

Talking about T20 and franchise cricket, Ganguly said: "220 used to be a winning total when I started playing and by the time I finished, 350 wasn't a safe total. That's how the game has changed, how everyone's life and the sport has become faster."

Ganguly added: "I played T20 from 2008 to 2012, but I still feel Test cricket is the best format. That's why it is called a Test. Yet franchise cricket has some qualities on display. Also, there's the satisfaction of owning a team, the razzmatazz of it all, you are on TV screens and in the spotlight."

Responding to a question on India-Pakistan bilateral cricket, especially with his former cricketing rival Rameez Raja taking over as Pakistan Cricket Board (PCB) chairman, he said it was not in his hands.

"This is not in the hands of the boards. At world tournaments, the two teams do play each other. Bilateral cricket has been stopped for years and this is something that the respective governments have to work on. This is not in Rameez's hands, nor mine," Ganguly said.

On the subject of India and Pakistan, Ganguly recalled how he got reprimanded by Pakistan's then President, Pervez Musharraf, for breaking team and security protocols and sneaking out to Lahore's food street to try out the 'kebabs' during India's their tour to Pakistan in 2004.

"I got a call from (Pervez) Musharraf warning me that I could do whatever I wanted except breaking security protocols," Ganguly said with a chuckle.