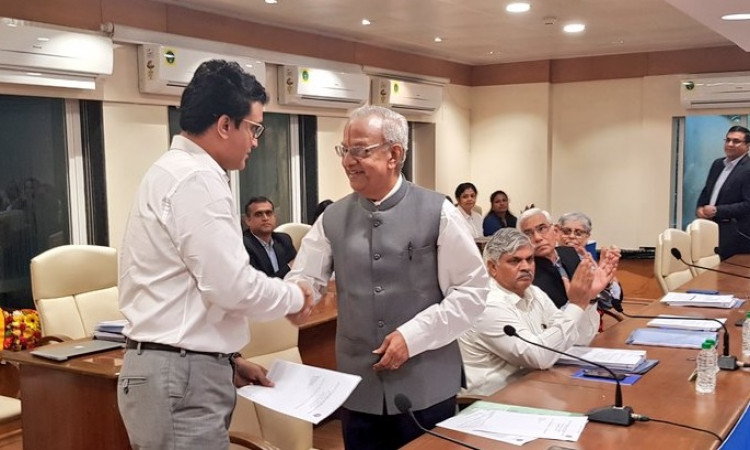 Mumbai, Oct 23:  Former Indian skipper Sourav Ganguly on Wednesday was formally elected as the President of the Board of Control for Cricket in India (BCCI).

"It's official - Sourav Ganguly formally elected as the President of BCCI," the BCCI tweeted.

The appointment of Ganguly, who has donned many hats, including presiding over the administration of Cricket Association of Bengal (CAB) became the only contender for the top job that was finalised last week.

The appointment of the new BCCI team brings an end to the 33-month reign of the Supreme Court-appointed Committee of Administrators (CoA) who were tasked for running the administration of world's richest cricket body.

Ganguly's appointment will, however, be a short one as he will have to go in for a cooling off period from September 2020, under the new rules.

The 47-year-old has already stated that taking care of first-class cricketers and setting the house in order will be among his top priorities during the next few months he will serve as the BCCI chief.

It's official - @SGanguly99 formally elected as the President of BCCI pic.twitter.com/Ln1VkCTyIW