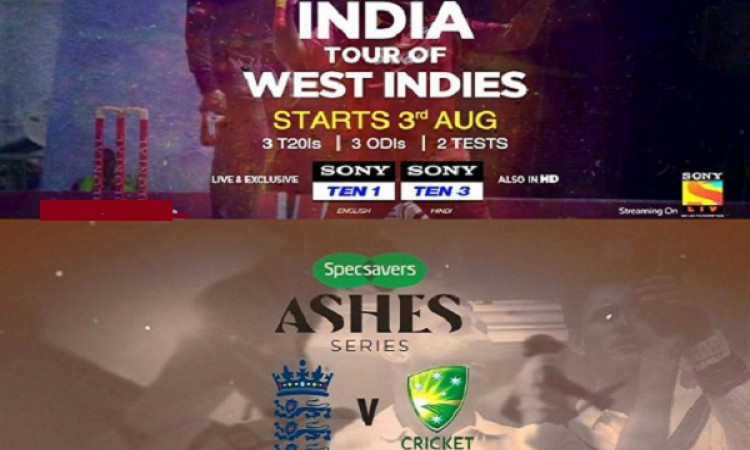 July 12 (CRICKETNMORE) Sony Pictures Sports Network (SPSN) on Friday announced the launch of the #MoreCricket campaign for the broadcast of India's upcoming tour of West Indies and the The Ashes.

India's tour of West Indies will take place between August 3 to September 3, 2019, and will be held in the Carribean islands and the US. The tour starts with a three-match T20I series, off which the first two matches will be played in Florida, which will be followed by a three-match ODI series. The tour ends with two Tests.

The Ashes on the other hand will be played from August 1 to September 16 in England. Australia will be looking to defend their crown, although they have not won a series in England since 2001. It will also mark the return of former captain and vice-captain Steve Smith and David Warner respectively to Test cricket after their one-year ban from the sport in the wake of the 2018 Newlands ball tampering scandal.