Some Umpires Will Sleep Better, Very Happy For Them: De Villiers To Virat Kohli 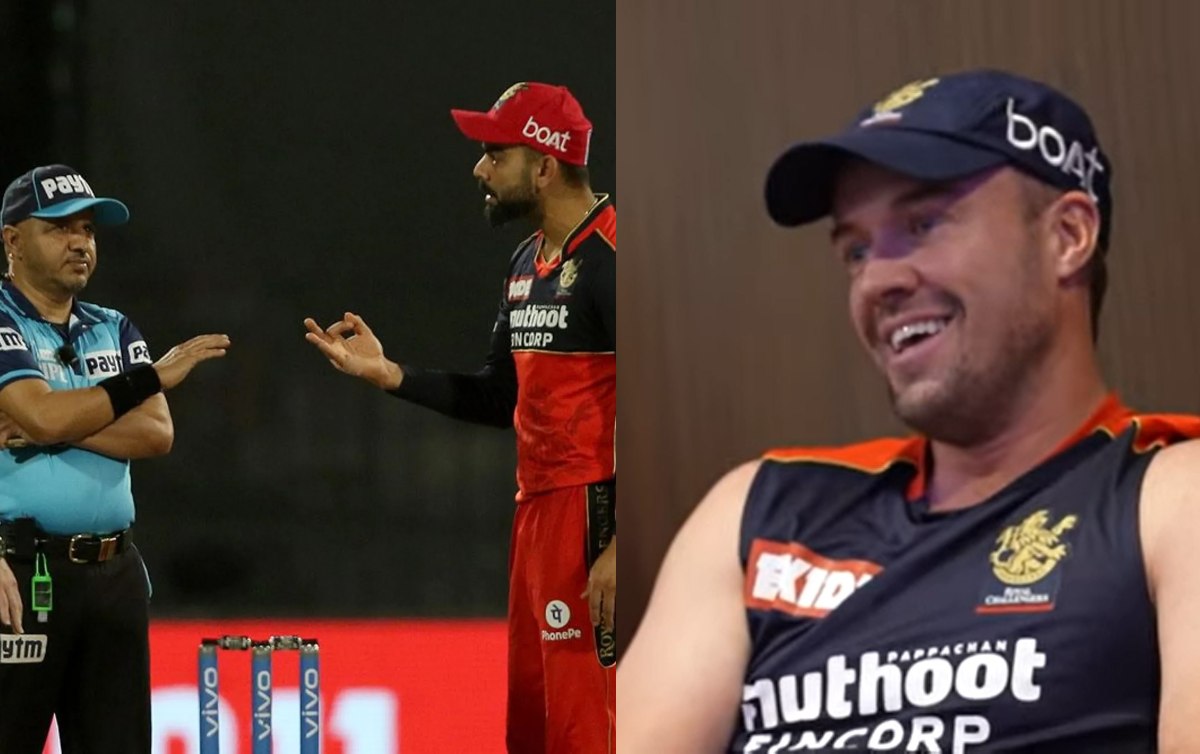 Kohli's nine-year stint as skipper of the RCB ended with a four-wicket loss to Kolkata Knight Riders in the Eliminator of the 2021 Indian Premier League in Sharjah on Monday.

"I have been here through all the years with Virat as captain and I think the word that comes to mind is 'grateful'. We were very lucky to have had you at the front," De Villiers said in a recent video posted by the RCB.

"The way you captained this team has inspired everyone, certainly inspired me to become better as a player and a person. You have had a much bigger impact than you will ever understand, it has gone miles. There are stories that you don't even hear of people's lives that you have touched.

"I have known you on the field but away from it as well. You make people believe in themselves, which is much more important than winning a trophy. Which I still believe will come your way," he said.

In the RCB vs KKR Eliminator on Monday, on-field umpire Virender Sharma came under fire from the RCB captain after a poor LBW decision during KKR's innings. To this, De Villiers pulled Kohli's leg over the incident during his tribute speech.

"You have done a great job, but that book is not finished yet. Whatever you have done for us, we won't forget it. Thanks for all the memories, and I think some of the umpires will sleep a bit better, very happy for them," he joked.

A sudden end to a fine season campaign, Virat Kohli’s last match as full time captain of RCB, the team spirit that brought us until here, - raw emotions in the dressing room at the end of our #IPL2021 journey.https://t.co/UstexXNKIA#PlayBold

Kohli had said before the start of the UAE leg of the 2021 IPL that he would be stepping down as RCB's captain at the end of the season.