Sole aim is to be the No.1 team, says Jason Holder

St Lucia, Feb 13 (CRICKETNMORE):  Ater a convincing 2-1 series victory over England at home, West Indies captain Jason Holder aims to make his side the No. 1 Test team in the world. 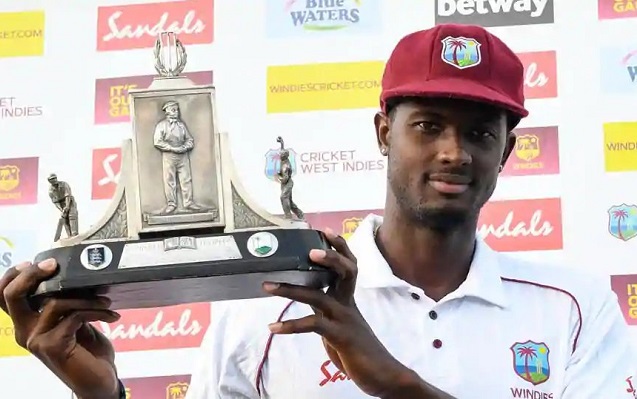 After years of being down in the dumps, the West Indies team, which is presently lying at the eighth spot in the ICC Test team rankings, seems to have rediscovered some of the spirit of their illustrious predecessors.

England came into the series as overwhelming favourites over the caribbean side after having whitewashed Sri Lanka 3-0 in their own den, and outclassing India 4-1 at home.

However, Joe Root's men were taken aback by the outcome of the opening two Tests, where they were humbled by 381 runs in the first game and then by 10 wickets in the second fixture before salvaging pride with a 232-run win the third and final affair.

"We need to continue to build and not rest on our laurels. Our number one goal is to be the No. 1 team in the world, so there is a lot to improve on," Holder was quoted as saying by the ICC.

Prasing his bowlers, who were the driving force behind their victory, Holder further said: "Our bowlers have done an outstanding job. It is up to our batsmen to contribute more."

Significantly, pacer Kemar Roach, who was adjudjed Man of the Series, led the charge, scalping 18 wickets in the just concluded three Tests.

However, it was the batsmen, who let the Carribean side down in the final Test.

With the Tests over, both the sides will now indulge in a five-match ODI rubber before the three-match Twenty20 International series.