New Delhi, Oct 24 (Cricketnmore): India women's cricket team captain Mithali Raj on Tuesday said that the wide publicity on social media and the live coverage of the ICC World Cup have played a big role in changing the profile of the sport in the country. 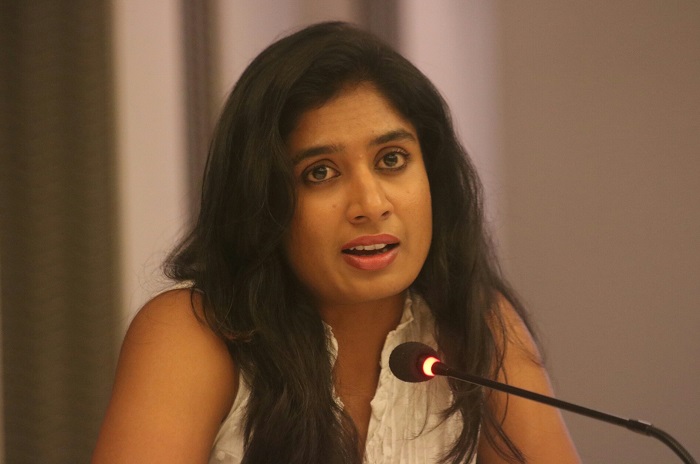 India finished runners-up in the women's ICC World Cup held in the UK, after losing to England in the final at Lord's. It was India's second runners-up finish in the 50-over event. The first time they reached the final was in the 2005 edition.

"In 2005, there was not much coverage and no live telecast of our matches. We don't have any videos of those games. We only have with us the experience of our journey in 2005," Mithali recalled after being felicitated by the Ficci Ladies Organisation (FLO), which conducted an interactive session titled 'Breaking the Boundaries'.

"This year, the wide publicity on social media and live television coverage of ICC World Cup has changed dynamics of women's cricket in India. The visibility in this World Cup was immense. We got more followers. We couldn't get this momentum earlier."

Mithali also remembered her earlier struggling days in cricket. "Way back in 90s, it was very difficult for us to go through the journey where in U-16 and U-19 we had to travel in unreserved trains and used to stay in hostels. And it continued when the women's cricket was under WCI (Women's Cricket Association of India).

"Unlike the US where everything is in place to groom sportspersons for the Olympics, in India we need to make it big before getting some recognition and support from the government."

Mithali's veteran teammate Jhulan Goswami said: "The career of a sportsperson is usually short. For women there is also the challenge of marriage and family. It is more of a gamble, one can fail or succeed."

Also present at the event was former India captain Rahul Dravid, who said that women's cricket in India has got a start and now there is a necessity of popularising the sport.

"The more you play the better you get. Hence, more competitions will bring the best out of the talents. There is a need to bring more school kids on to the platform to develop the sport. For example, there should be more school and college cricket competitions," Dravid, the India Under-19 men's team coach said.

FLO President Vasvi Bharat Ram said: "Ficci Ladies Organisation (FLO) believes that successful women must be recognized not only because they deserve to but also it encourages other women to face all odds and emerge victorious and confident.

"It is especially true when Indian women are breaking all stereotypes and bringing laurels to our country in the field of cricket, which has been always considered as a male bastion."