Smriti Mandhana may have failed with the bat in the first two games, but her catch in the outfield that led to the dismissal of Natalie Sciver for 49 during the third ODI against England on Saturday, has earned her accolades. 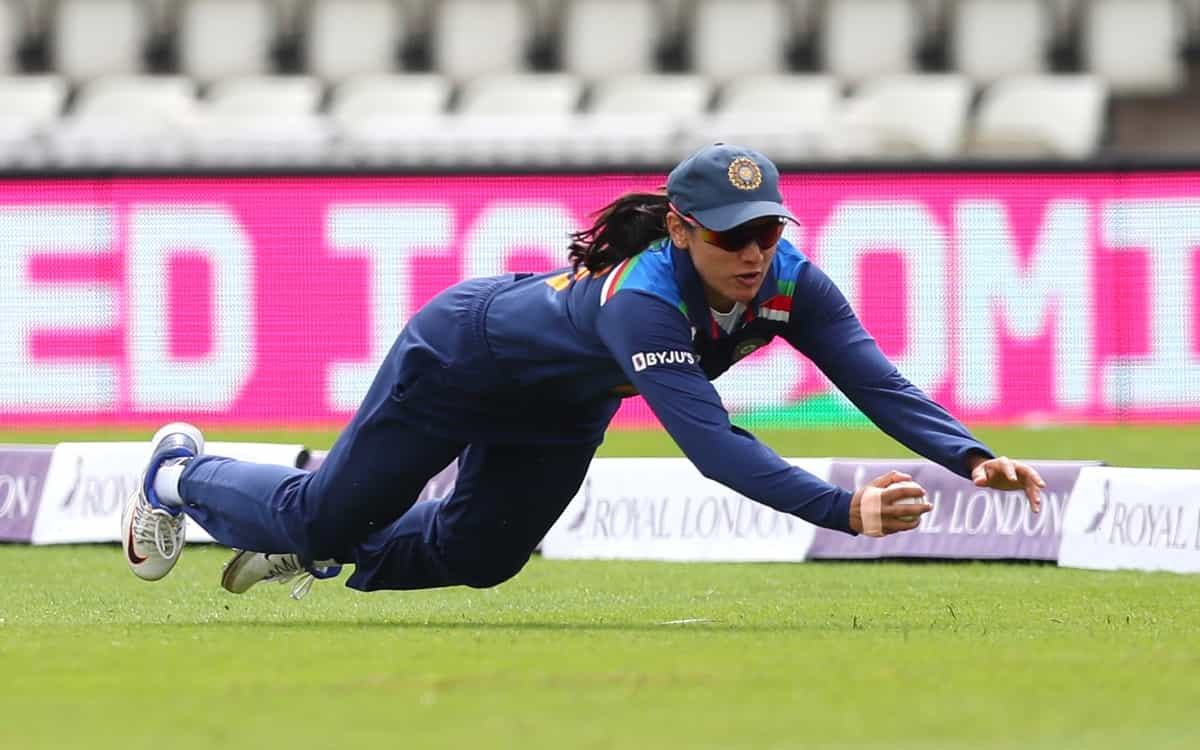 Natalie, who was looking to take England women to a healthy total, tried to hit off-spinner Deepti Sharma over the cow's corner. The ball looked like it would cross the boundary for a four.

But Smriti ran to her left and dived full length to take a stunning catch. Natalie's dismissal brought India back into the game as they conceded only 56 runs in the remaining 57 balls to keep the target within limits.

Former India batsman WV Raman, who was replaced as Indian women team's head coach by Ramesh Powar prior to the tour of England, tweeted, "That's a stunner from @mandhana_smriti.. You little beauty Smriti.."

Former Australia women's cricketer Mel Jones also showed her appreciation, tweeting, "Smriti Mandhana showing her timing in field is just as good as her batting. A classic catch on the boundary to get the key wicket of Sciver. #EngvInd".

Smriti later got Indian women off to a flying start, hammering five boundaries off the first 25 balls she faced, including three in one over from Katherine Brunt.