Smriti Mandhana focuses on winning for India, not rankings 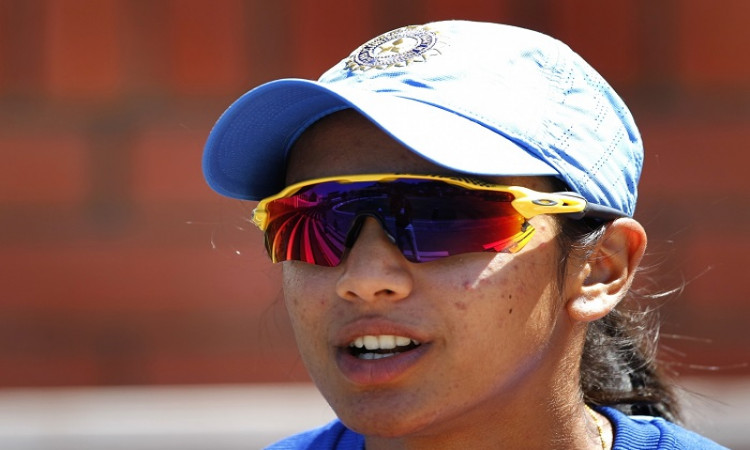 Jaipur, May 21 (CRICKETNMORE):  Smriti Mandhana, the leading batswoman in ODIs, insists that she never thinks about being the number one batter and focuses on how she could contribute to the team and win matches for India.

"I never think about being the number one batter. I always think about how I can win
matches for India and how I can contribute more to the team. Other things are just part and parcel (of the game). I like to keep things simple and how I can improve," Mandhana said.

The women's cricket, especially in India, has been on upswing since the 2017 World Cup in England where India reached the finals. Mandhana feels this is the best phase of women's cricket.

"This is the best time to be a woman cricketer. Two years back, there was little television coverage and we didn't have good contracts. But the situation changed after 2017 World Cup. Many girls are now taking up cricket as a profession and women's IPL will be great as many young players will get opportunity," she said.

The 22-year-old, however, feels winning the World Cup would be a massive boost for women's cricket in India and that's what they are focused on. "We still have to win the World Cup. My as well as the team's focus is to bring the World Cup home," Mandhana remarked.

When asked about her feelings of being the ‘face of women's cricket in India', she drew attention to the pioneers. "Where? I can't see it anywhere."

"We are reaping the benefits of the hard work put in by the likes of Diana (Edulji)
ma'am, Jhulu di (Jhulan Goswami), Mithali (Raj) di and Harry di (Harmanpreet). While the 2017 World Cup run did start an upswing, the process was started by these legends. I don't think about being the face because those things put unnecessary pressure on you. My job is to go out there and score runs for my team," she said.

The elegant left-hander led Trailblazers in the recently concluded Women's T20
Challenge and even though her team could not make it to the finals, she felt satisfied
with the response the four-match tournament got from fans in this cricket-fanatic
nation.

With talks of a women's IPL in the pipeline, Mandhana, who has featured in
the Big Bash (Australia's T20 league) and Kia Super League (England's T20 tourney),
feels these are exciting times to be playing cricket in India.

"I am satisfied with the rate at which women cricket is growing in India. You can see the success of Women's IPL. There was a crowd of 15,000 in the finals. Even though I was not a part of the summit clash, I was feeling proud of being a woman cricketer," Mandhana said.

"The BCCI has a roadmap with regard to the Women's IPL and we are happy with the progress. They have done a fantastic job. But one can't compare a women's T20 league in India with say, the Big Bash. They are an eight-team competition and we are three (one team was added this year). You will also have to take into account the huge popularity that cricket enjoys in our country. This isn't to say one league is better than the other, but we are happy with the way things are moving," she remarked.