Mandhana scored 111 runs during the three-match series and that helped the 26-year-old rise two spots to second overall on the latest list for T20I batters. 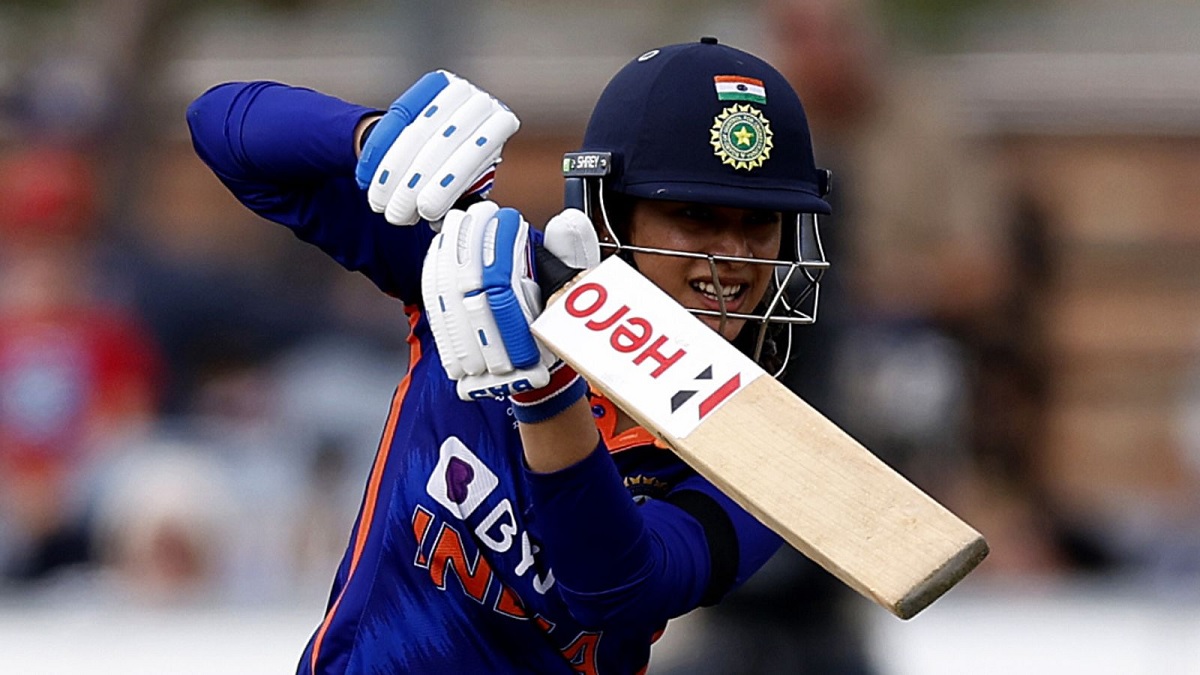 India opener Smriti Mandhana, following her recent performance in the three-match series against England, has taken the No. 2 spot in the ICC T20I rankings for batters, pushing Australian stalwart Meg Lanning to the third spot while also having the top spot -- currently held by another Australian Beth Mooney -- in her sights.

Mooney is leading the T20I batters' table with 743 points, while Mandhana is second with 731 and Lanning third with 725 points in the latest ICC rankings released on Tuesday.

Mandhana scored 111 runs during the three-match series and that helped the 26-year-old rise two spots to second overall on the latest list for T20I batters.

Mandhana also made an eye-catching move up the rankings for ODI batters, following her impressive start to the ongoing three-game series against England. The left-hander smashed a superb 91 during India's seven-wicket triumph in the opening match of the series in Hove and was rewarded by rising three places to seventh overall on the list for batters.

Several of Mandhana's team-mates also made big strides, with skipper Harmanpreet Kaur (up four places to ninth) and Yastika Bhatia (up eight spots to 37th) big movers following half-centuries in that match.

England pacer Kate Cross picked up two wickets in that same game and jumped three spots to 10th overall on the list for ODI bowlers, while team-mate Charlotte Dean moves up four spots to 20th.

India spinner Deepti Sharma collected her own two-wicket haul during that same game she jumps six spots to 12th on the rankings for ODI bowlers as a result.

England star Nat Sciver opted to skip the India series to focus on mental health and wellbeing and the 30-year-old lost her top ranking on the ODI all-rounders list to Australia veteran Ellyse Perry as a result.