Smith, Kohli joy to watch, don't like to compare:Sachin Tendulkar 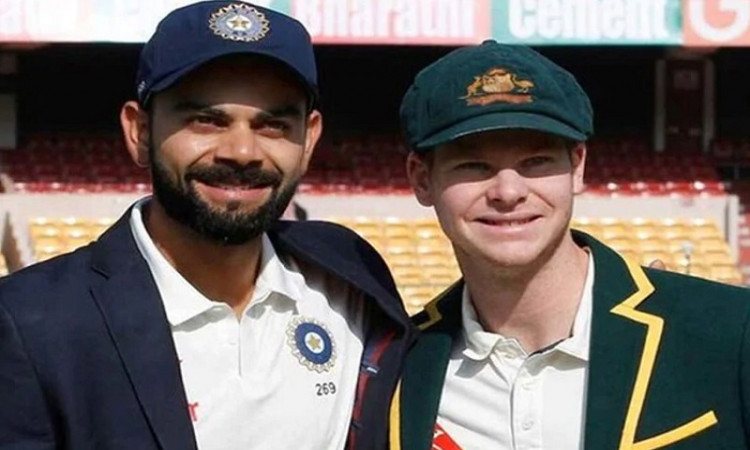 Sydney, Feb 7:  Batting legend Sachin Tendulkar on Friday did not want to go into comparisons between Virat Kohli and Steve Smith, saying both batters are a joy to watch.

Tendulkar also termed Marnus Labuschagne as special on the sidelines of Bushfire Cricket Bash where he will be coaching Ponting XI.

Also Read: R Sridhar accepts India not living up to standards in fielding

"I don't like getting into comparisons. People have tried comparing me to a number of guys and I've said, 'Just leave us alone'," Tendulkar was quoted as saying by www.cricket.com.au.

"Let's not get into comparisons and let us enjoy what both those individuals are doing. They are entertaining the entire cricketing world and it's a joy for us to watch."

On rising Australia star Labuschagne who has impressed one and all especially in Tests with his batting heroics, Tendulkar said his footwork was incredible and that he was special.

"I happened to be watching the second Test match at Lord's between England and Australia. When Steve Smith got injured, I saw Labuschagne's second innings," Tendulkar said ahead of Sunday's Bushfire Bash charity fundraiser match.

"I was sitting with my father-in-law. I saw Marnus get hit off the second ball from Jofra Archer and, post that, the 15 minutes he batted, I said, 'This player looks special'.

"There is something about him. His footwork was precise. Footwork is not physical, it's mental. If you're not thinking positively in your mind, then your feet don't move.

"That clearly indicated to me that this guy is mentally strong because if you're not, your feet will not move. His footwork was incredible."

"The first session, before the dew sets in, is going to be critical," said the 200-Test veteran. "The declaration becomes important -- (if) your tailenders are batting, you don't need to score those 20 or 25 extra runs.

"You'd much rather declare and get three or four top-order wickets during that period, because I felt the ball would better on the pitch and the temperature starts dropping. There is lateral movement when the dew sets in, the ball starts skidding through. Those 15-20 overs (under lights) are critical."