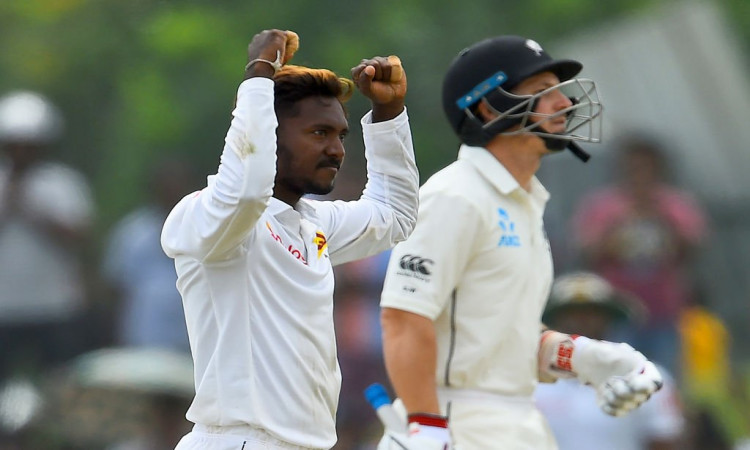 Galle, Aug 15: Off-spinner Akila Dananjaya weaved his magic around the New Zealand batting order as the visitors managed to reach 203/5 in 68 overs against Sri Lanka on the rain-hit opening day of the first Test here on Wednesday, even as Ross Taylor rescued his side with a valiant unbeaten 86.

Akila starred with the ball for the hosts, as he accounted for all the five wickets to fall on the day, conceding 57 runs on a tricky wicket.

Opting to bat, the Kiwis got off to a fine start with Jeet Raval (33) and Tom Latham (30) adding 64 runs for the opening wicket before Akila started to rattle the visiting batting order.

After dismissing Latham, Akila packed back Kiwi skipper Kane Williamson who failed to open his account. The off-spinner soon accounted for Raval, reducing the visitors to 71/3.

Taylor and Henry Nicholls (42) then repaired the damage with a 100-run partnership for the fourth wicket. However, there was no stopping Akila as he trapped Nicholls in front of the stumps soon after. He then sent back new batsman B.J. Watling in similar fashion as the New Zealand scorecard read 179/5 after 60.2 overs.

Mitchell Santner was batting on 8 with Taylor when rain forced the umpires to call an early stumps.