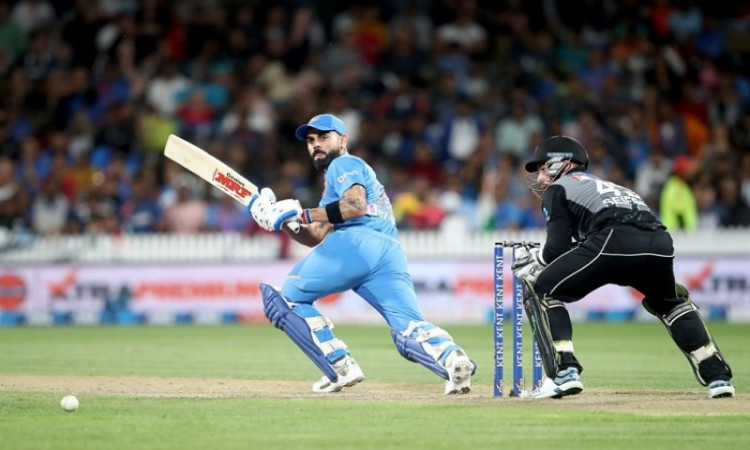 Hamilton, Jan 29:  Run-machine Virat Kohli added another feather to his cap on Wednesday when he surpassed former skipper M.S. Dhoni to score most runs in T20Is as India captain.

Kohli finished the Hamilton T20I with 1126 runs (as captain). The India captain was dismissed for 38 from 27 balls in the penultimate over of the innings as he perished while eyeing a late charge.

New Zealand paceman Hamish Bennett took three wickets to put Rohit Sharma's half century in a shade as the hosts restricted India to 179/5 in 20 overs in the third T20I at Seddan Park.

India raced to 69/0 in the first six overs and it looked like New Zealand's ploy of asking India to bat first to blunt their strength of chasing would fall flat. But the Kiwi bowlers came back beautifully to tighten the screws on the Indian batsmen. The visitors made some ground in the final over as Manish Pandey and Ravindra Jadeja hit a six each to take 18 off Tim Southee's over.