Rajkot, Nov 6: Following the crushing seven-wicket defeat in first T20I against Bangladesh, India captain Rohit Sharma on Wednesday said the pressure is not just on any particular department, but on the entire team to perform in the remaining two matches of the series. 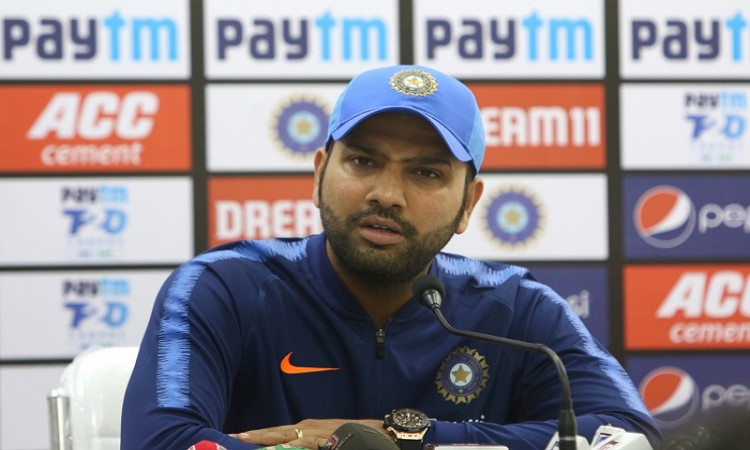 India were able to put up a par-score of 148 at the Arun Jaitley Stadium on Sunday and it was pacer Khaleel Ahmed, who was hit for four boundaries by Mushfiqur Rahim in the 19th over that changed the complexion of the game.

"Pressure is just on the team to perform, as simple as that. Not a particular department. You've lost as a team, you've not lost as a bowling unit. So the focus will be on the team," Rohit told reporters on the eve of the second match.

"The batsmen need to get the job done, the bowlers need to come out and take those crucial wickets. That will be the idea. We are not focusing on any individual departments. Because we lost as a team, not as individuals," he added.

The Indian skipper also hinted of changing the pace attack at the Saurashtra Cricket Association Stadium.

"Our batting looks good. So I don't think there's any change we need to make in our batting. But we'll analyze the pitch, and based on that we'll see what we can do as a team," Rohit said.

"The (pace-bowling) combination that we played in the last game, it was based on the pitch that was on offer in Delhi. We will see the pitch again today and we will think what we need to do in our bowling line-up," he added.

If India do go in for a change then Shardul Thakur might be seen replacing Khaleel.

The 32-year-old also emphasised that the team learns from the mistakes in the national capital and doesn't repeat them in the second T20I. "We were short in a lot of departments. It is important to focus on the mistakes we made and make sure those mistakes are not repeated again. That is the sign of a good team, when you don't repeat mistakes," he said.

"I cannot tell you the strategy, but what I can definitely tell you is that there will be changes in our approach. In the last match (in New Delhi), we played according to the pitch. We were playing as per the ways the pitch was reacting," he added.