New Delhi, June 4: Robin Uthappa was a vital cog in the Kolkata Knight Riders unit under Gautam Gambhir before moving to Rajasthan Royals this season. And the batsman feels that what stands out about Gambhirs leadership was how he let people express themselves and also how he made everyone feel like a part of a family. 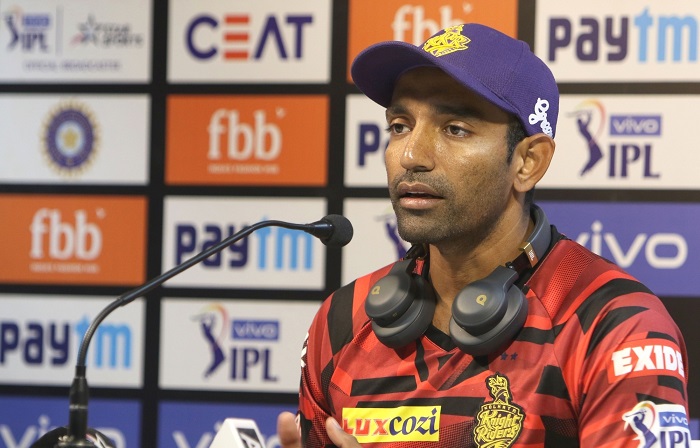 Speaking on Star Sports show Cricket Connected, Uthappa relived the days he played for KKR under the leadership of Gambhir and said: "What stood out for me was that he allowed people to express themselves and didn't interfere with anyone's games. He made sure he built a sense of security within the group and that I think also is integral in winning tournaments like the IPL and that's what successful captains do. In my experience of winning tournaments, what I've seen is that successful captains give people their space to express themselves and make sure that everyone within the group is feeling secure.

"So, they communicated to players even who are not playing, there's a sense of communication that's growing within the side, you need to bind with players specially in a tournament like the IPL, guys who aren't playing also play a big factor in building momentum and creating the right energy within the group. He made sure he spent a lot of time with the reserves, he trained with them, he had meals with them, so they never felt left out."

Earlier, the batsman had said that he felt he still has a World Cup left in him. "Right now I want to be competitive. I still have that fire burning in me, I really want to compete and do well," Uthappa told ESPNcricinfo.

"I honestly believe I have a World Cup left in me, so I'm pursuing that, especially the shortest format. The blessings of Lady Luck or God or whatever you call it, plays a massive factor," he added.