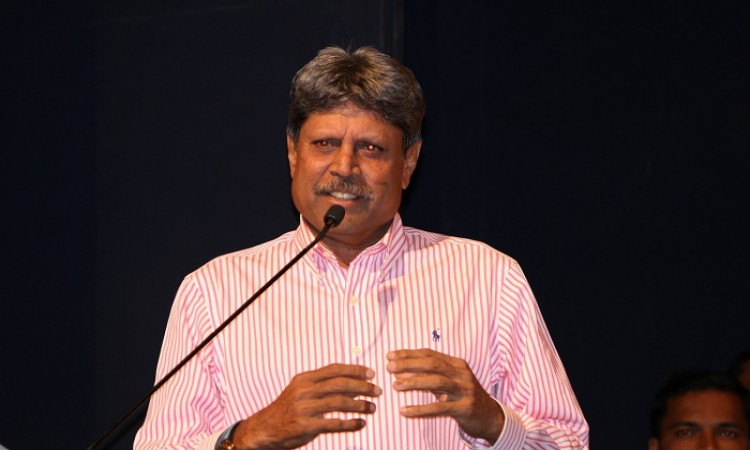 New Delhi, Feb 27:  Former India captain Kapil Dev said that players who are regulars for the Indian team can give the Indian Premier League (IPL) a miss if they think that the international calendar is too cramped. Indian captain Virat Kohli had mentioned at the start of India's ongoing tour of New Zealand that they are getting closer to landing at the stadium and playing straight.

"If you think there is burnout then don't play IPL," Kapil told reporters on the sidelines of he fifth edition of HCL Grant's felicitation ceremony.

Kapil also said that when playing for their country, players need to be giving their best and this should not get compromised because they put a lot of energy in playing franchise cricket.

He however declined to comment on whether he saw any signs of burnout from the Indian players during their recent defeat to New Zealand in the first Test or during the ODI series in which they were whitewashed 3-0. "I don't know. It's very difficult and unfair for me to see TV and make a statement," he said.

Kapil, who played 131 Tests and 225 ODIs in an international career that spanned 16 years, however said that he himself has felt the symptoms of burnout when he used to play. He said that feeling burned out or otherwise is as much a mental and emotional state as it is physical.

"So many times, yes," said the former all-rounder when asked if he felt burned out during his illustrious career. "When you come into a series and you keep on playing, you burn out when you are not getting runs or wickets. But when you do, you never burn out. You take seven wickets and bowl 20-30 overs a day, you don't feel tired. You bowl 10 overs and give away 80 runs and don't pick a wicket you feel more tired," he said.

"It's a very emotional thing. Your mind, your brain works like that. Performances make you very light and happy."