Shreyas Iyer eager to cement his spot in Indian team 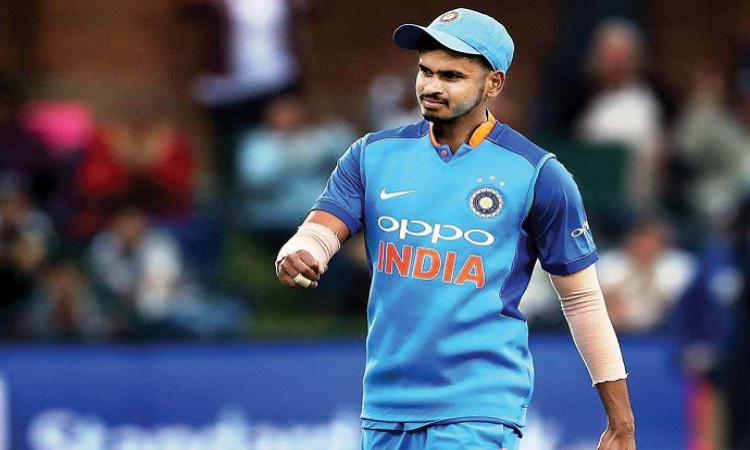 Port of Spain, Aug 11: Middle-order batsman Shreyas Iyer is hoping that rain doesn't play spoilsport in the next two ODIs against the West Indies and gives him the opportunity to cement his spot in the Indian team.

Iyer, who has a couple of half-centuries in the five ODI innings he has played so far for the national side, is coming into the team after an year and is eager to make the most of the opportunities that he believes will come his way if weather permits in the ongoing ODI series in the Caribbean.

"It's really important for me as a youngster, coming into the side after a year again to cement my position," Iyer said on Saturday ahead of the second ODI.

"When you have to cement your position, you will be needing opportunities, and I feel that I will be getting that opportunity this time and I will be making the best use of it," he added.

Ever since the World Cup, India haven't had a chance to discuss the much-debated number four spot so far as the first ODI got washed out. However, Iyer said the team will experiment and give several players a chance to bat and cement that spot.

That means K.L. Rahul, Rishabh Pant and Iyer could get a chance to play at that spot in the next couple of matches in the Caribbean island.

"It's totally the management's decision where they want to play me," he said.

"Personally, I am not thinking about batting only at number four. I want to be someone who is very flexible batting at any number or if you go into any situation you should be able to grab that opportunity and make the best use of it," he added

The Men in Blue were not able to practice at the ground because of rain and were forced to train indoors on Saturday.

But despite the lack of practice, Iyer is looking to carry on the momentum he got from the India A matches in the Caribbean. The Delhi lad was the third-highest run-getter in the one-dayers with 187 runs in four innings and is looking to carry that form for the national side.

"It's going to be another two opportunities for me to make the best use of it," Iyer said. "Hopefully this also doesn't rain off. We are hardly getting any net practice. I am eager to go out there and carry forward the momentum which I got from my India A matches. Looking forward to a good series finish."

The Virat Kohli-led side appears to have left behind the World Cup debacle -- where they faced a shocking semifinal exit against New Zealand -- as they have gone on to thrash West Indies 3-0 in the T20Is.

Iyer, 24, believes the key to success for the team in the recent years has been the fact that different individuals have taken responsibility at different times to see the team through.

"We have just come out of T20s, which we won. The way the team is playing currently, it's totally amazing," he said. "If one doesn't perform, the next one raises his hand and he takes the responsibility to take the team through and this is what has been happening throughout the year."