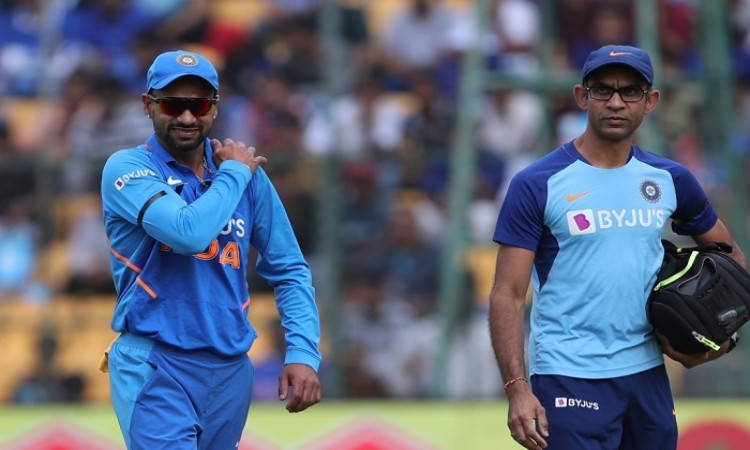 Bengaluru, Jan 19:  Senior opener Shikhar Dhawan could be doubtful for India's upcoming tour of New Zealand after he injured his shoulder early into their third ODI against Australia on Sunday.

Dhawan had been taken off the field in the fifth over of the match and the Board of Control for Cricket in India (BCCI) later said in a statement that he had been taken for an x-ray.

Dhawan hurt his left shoulder in the series-deciding tie after he dived to save an Aaron Finch shot in the cover region in the fifth over. Commentators later said during the match, Dhawan could be seen in a sling as K.L. Rahul took his place as Rohit Sharma's opening partner during the Indian chase.

India's tour of New Zealand starts with a T20I series on January 24. Dhawan remains a part of the squad that will face New Zealand later in the month. The team is set to fly out of Bengaluru, which was the venue for the final ODI, early on Monday morning for Auckland via Singapore.