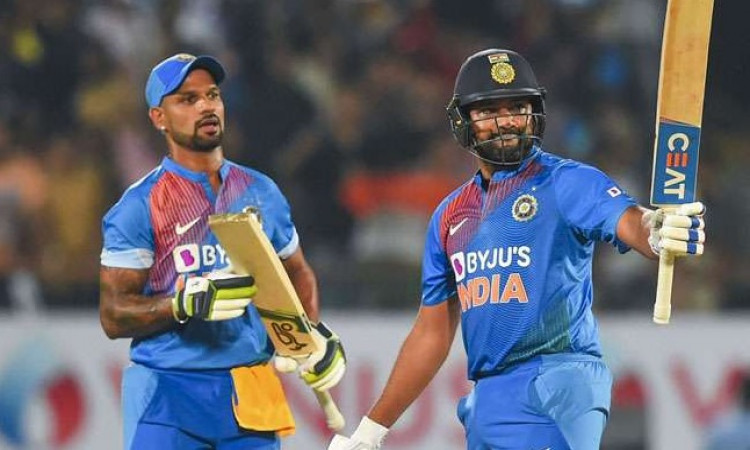 New Delhi, June 29: Former India all-rounder Irfan Pathan believes Rohit Sharma and Shikhar Dhawan share a great camaraderie and know about each other's strengths and weaknesses and that is why they have been so successful for the Men in Blue in limited-overs cricket.

Since catching the eye as an opening pair during India's victorious 2013 ICC Champions Trophy campaign, Dhawan and Rohit have broken many records together and have been one of India's most successful opening combinations in white-ball cricket after the legendary pair of Sachin Tendulkar and Sourav Ganguly.

"We know Shikhar plays very freely. He gives time to Rohit. We all know how Rohit is able to change gears very quickly, but he takes time early on," Pathan said while speaking on Star Sports' show Cricket Connected.

"In cricket you need someone at the other end to understand your strengths and weakness. Shikhar understands when Rohit needs time, for at least the few overs to get himself going.

"So, he used to take the charge and I think that is what makes him successful. And as soon as the spinners came and Rohit Sharma got settled, he took all the pressure away from Shikhar Dhawan, so that is why the whole camaraderie really, really went on well for Team India for so many years," he added.

Rohit has time and again revealed that he shares a great off the field relationship with his Dhawan which ultimately helps them to perform better as a pair on the cricket field.

"More than anything on the field, we share a great relationship off the field. Knowing each other so well, understanding each other's comforts and discomforts, that is very important," Rohit had said while speaking with Mayank Agarwal and Dhawan on the series 'Open Nets with Mayank' hosted by bcci.tv.

"We shared rooms together when we went on India A tours. So we have got a lot of history together. As a person, we both know each other quite well and that helps a lot on the field."