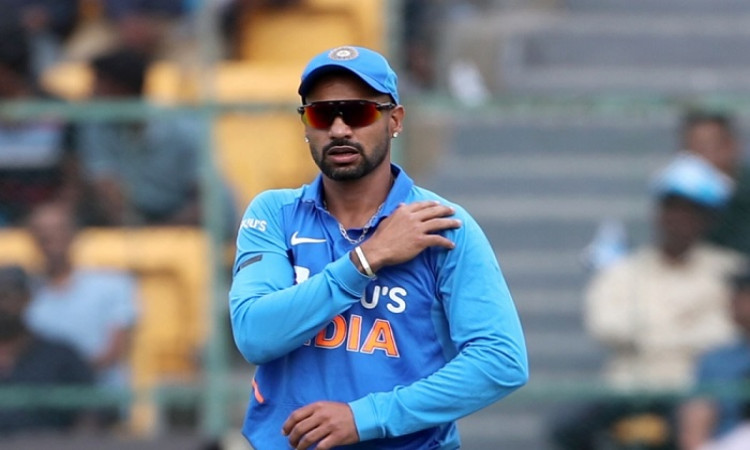 New Delhi, May 14: Indian cricketer Shikhar Dhawan opened up regarding his move from Indian Premier League side Sunrisers Hyderabad to Delhi Capitals prior to the 2019 edition of the cash-rich tournament. Dhawan spoke about various things, both on and off the field, during an Instagram live video session with former India cricketer Irfan Pathan.

In normal circumstances, Dhawan would've been currently playing for Delhi in the 13th edition of the IPL but due to coronavirus pandemic, it has been postponed by BCCI.

Dhawan spoke about his nervousness at the prospect of retuning to Delhi, who were struggling at the wrong half of the table, but stated he took it as a challenge after spending eight years in Hyderabad.

"It was a big challenge for me.. I was a bit nervous as well that I was joining a new team. I was at Sunrisers Hyderabad for eight years and was one of their top performers. I scored in excess of 500 runs in multiple IPLs," Dhawan said during the Instagram live.

"So to go to a new team like Delhi who were at the bottom half of the table, it was a big challenge. I took it in my stride and my experience of playing at the top level helped me as to how to go about things. Experience helps a person find the right solution.

"I think I needed that change and I loved the support staff and the young team and I think I was the senior most player in the team (when I joined the team)," he added.

Irfan also asked a few rapid-fire questions which the southpaw handled in his typical style. He was asked to pick his favourite batting partner and also his favourite skipper.

"(Best batting partner) Rohit Sharma... I have only played under Virat and Dhoni, so as of now, Dhoni bhai," Dhawan told Irfan.