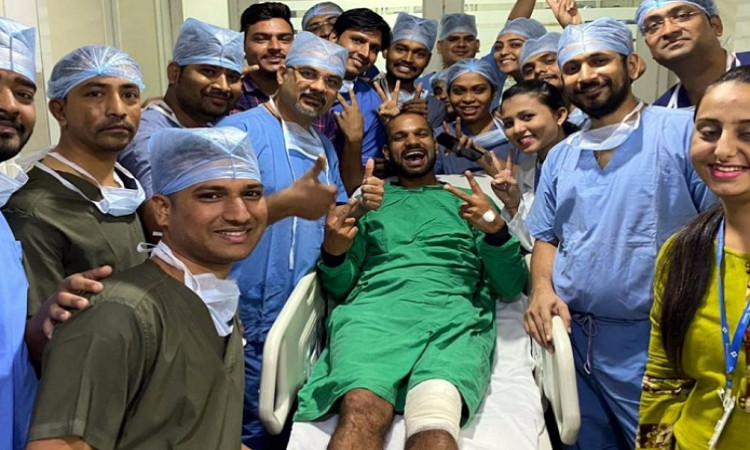 Surat, Nov 21: India limited-overs opener Shikhar Dhawan, however, failed to shine on ground during the Syed Mushtaq Ali Trophy T20 here on Thursday, but he brought smiles on the faces of hospital staff where he was taken following a minor injury.

During the game, Dhawan had suffered a cut in his knee and was taken to a hospital where he clicked selfies with the hospital staffs.

Posting few images on Twitter, Dhawan wrote: "We Fall, We Break, but then... We Rise. We heal and we overcome, and the only thing you have control over is how you respond to any situation. Here's to being positive and happy in every situation that life throws at you. Will be back in action in 4-5 days."

While Delhi registered a 77-run win over Maharashtra, Dhawan could only play a 24-run knock. After putting 167/5, Delhi wrapped up their opponents at 90 runs in 17.2 overs.