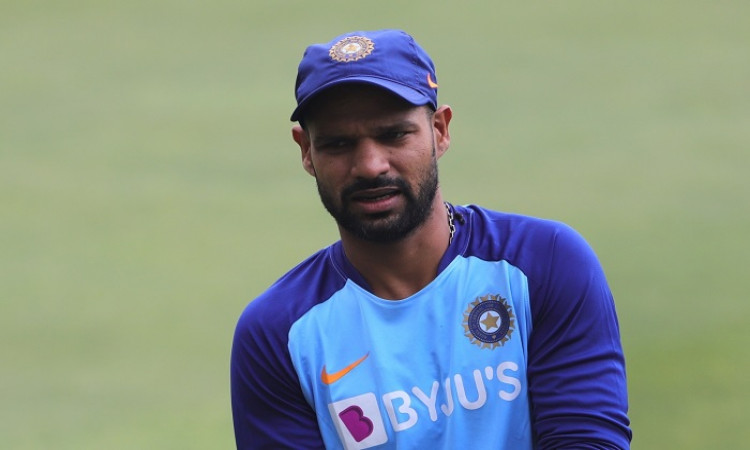 Guwahati, Jan 6:  India opener Shikhar Dhawan, who is making a return to the national side after an injury layoff, is hoping to become a more "impactful" player and help the team win the World T20 slated to be held later in the year in Australia.

Dhawan has not been in form lately, especially in T20Is where he scored just 272 runs in 12 innings at a below-par strike-rate of 110.56. However, his plans to return to form were washed out on Sunday after the first T20I of the three-match series against Sri Lanka was called off without a ball being bowled.

"Last year I had lots of injuries but that's part and parcel of our work. It's a new year and I am looking forward for a new start and it's gonna go a long way," Dhawan told BCCI TV.

"This year looking I am forward to score lots of runs for the team and for myself and be a more impactful player, win matches for my team and win the World Cup," he added.

In Dhawan's absence, KL Rahul scored a lot of runs opening the batting along with Rohit Sharma, putting pressure on the left-hander.

Asked about his mindset, the 34-said: "I am always positive. I always take things in a positive manner. Injuries are quite natural, so I just take it in my stride. I don't make a fuss about it. I make sure that I always stay in a positive mindset and that helps things to heal very quickly."

"I am always developing my game, developing new shots. I always make sure that I do my preparation well and come on the ground and enjoy myself," he added.

India and Sri Lanka will now face each other in the second T20I in Indore on Tuesday.