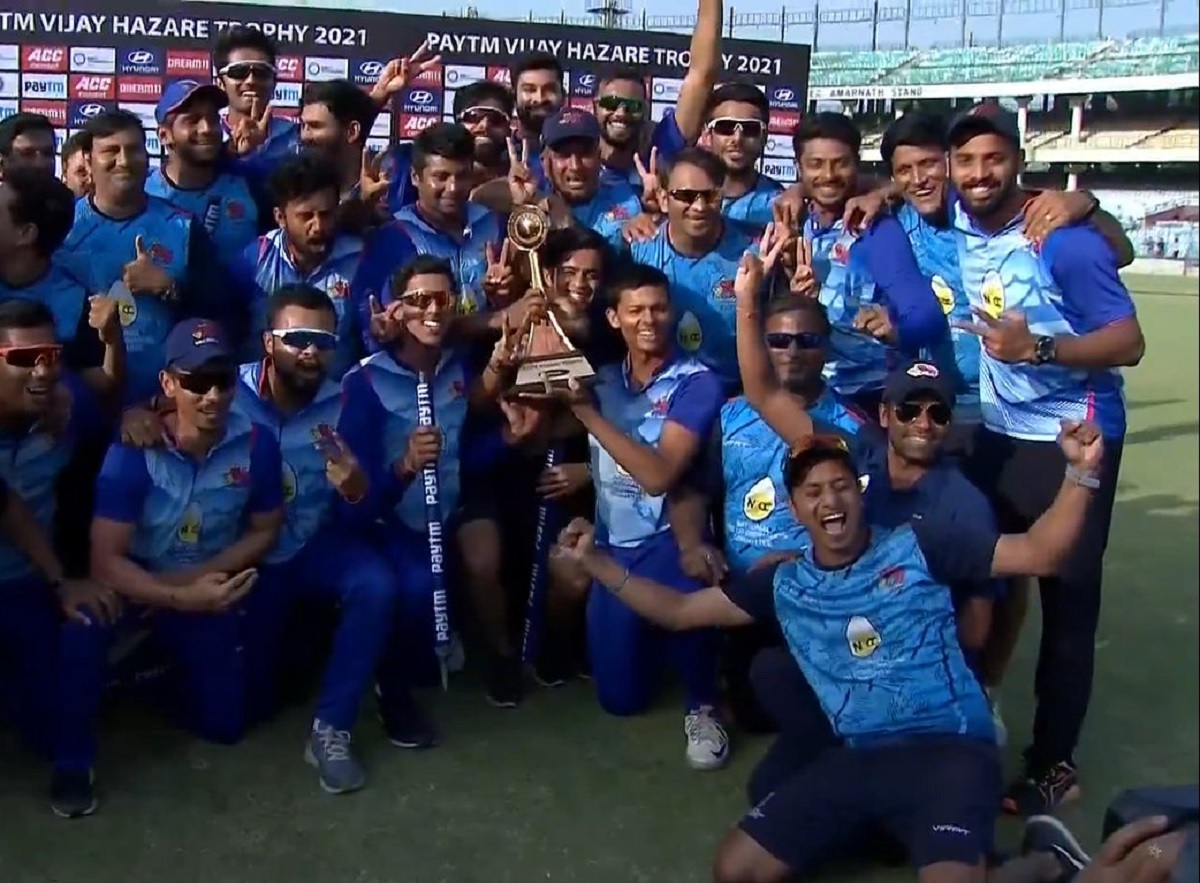 Shaw and Yashasvi Jaiswal got Mumbai off to a flying start to the chase with an opening partnership of 89 runs that came in just over nine overs. The Mumbai captain scored most of the runs and he eventually fell to Shivam Mavi after hitting 10 fours and four sixes.

Jaiswal (29) then departed in the 15th over after which Tare anchored the chase. Tare first put up 88 runs for the third wicket with Shams Mulani 36, before putting up another 88-run stand with Shivam Dube. Dube himself scored 42 runs in 28 balls, hitting six fours and one six.

This is Mumbai's fourth Vijay Hazare Trophy title and their first since the 2005/06 season. They have won all matches they played in the tournament this season.