Shastri's understanding of the team gave him the edge: CAC 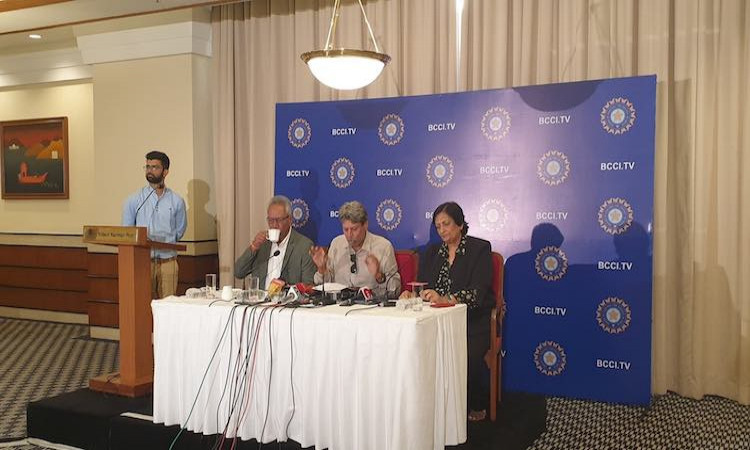 Mumbai, Aug 17 - Ravi Shastri's familiarity with the players and understanding of the current Indian team gave him the edge over the others as he was re-appointed the head coach till November 24, 2021.

"It took us the whole day, we had a gap of roughly three hours because we were waiting for two people from the West Indies to give interview. The time zone was totally different," Kapil said at the press conference.

"One was Australia (Tom Moody) and that is why we needed so much time. The system was very simple. We had our own marking. I did not ask him or her (CAC co-members) what marks we were giving (to each candidate).

"We all unanimously decided after doing all the accounts and number which took us little bit of time, No. 3 is Tom Moody. No. 2 is Mike Hesson from New Zealand. He is very intelligent and good young boy. And No. 1 is Ravi Shastri which you all were expecting," India's first World Cup winning captain said.

Asked what made them re-elect Shastri who is now with the team in the West Indies, Kapil said: "I felt he has more skill of communication. They may not have felt the same way. We did not discuss. We were given mark sheets and we put our numbers listening to them and their presentation. We all three felt today we became much more intelligent before we went to the room. We learnt so much how much hard work they put in in those presentations.

"They had given us the point system. We were to give out of 100, how many marks each coach can deserve. There were four-five parameters and everybody had given the marks. We did not discuss who is giving whom how many marks. Then we calculated and it was a very close race I can tell you. The difference was very small numbers, we were amazed also."

"Being a current coach, knowing the boys well, knowing the problems well. He is well versed with the entire system. He is somebody who knows the system and players well and can communicate well. I think he got the advantage."

Asked about Shastri's presentation and how was it better than others since it was a close call, Kapil said: "That is confidential. He has given his presentation he did in last two years and how team can improve. He said where he needs help from selectors and from the board to make this team much stronger."

Former SunRisers Hyderabad head coach Tom Moody had already been rejected last time (in 2017) and it was believed that former Kiwi coach Hesson would be the one giving Shastri a tough fight as he has the credential to match Shastri's achievements.

Also Read: One bad day in the WC doesn't make this team bad: Shastri to CAC