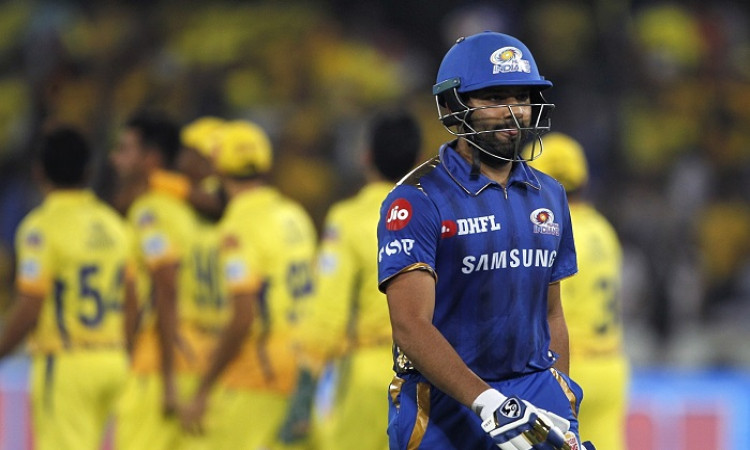 Thakur gave Quinton de Kock quite a send-off after removing him for a 17-ball 29, which did not go down well with Sharma. The MI skipper could be seen walking over to the umpire to have a word.

Umpire Ian Gould then came up to Shardul and had a word with him.

After Rohit opted to bat first, de Kock gave MI a brisk start as he hit Thakur for a six in the second over before smashing Deepak Chahar for three sixes in the third over.

When Thakur returned in the fifth over, de Kock again hit him for a six in the fourth delivery. However, Thakur had his revenge in the very next ball, forcing an edge off de Kock's bat that was easily taken by skipper M.S. Dhoni behind the stumps. Thakur then gave de Kock a send-off, as the crowd roared in the stands.