Shardul Has Got The Knack Of Striking At Crucial Times, Says Rohit After Scolding Him For Conceding Two Fours In A Row

Shardul Thakur emerged as one of the architects of India's 90-run victory over New Zealand to take the series 3-0, contributing with both bat and ball in the match played at Holkar Stadium here. 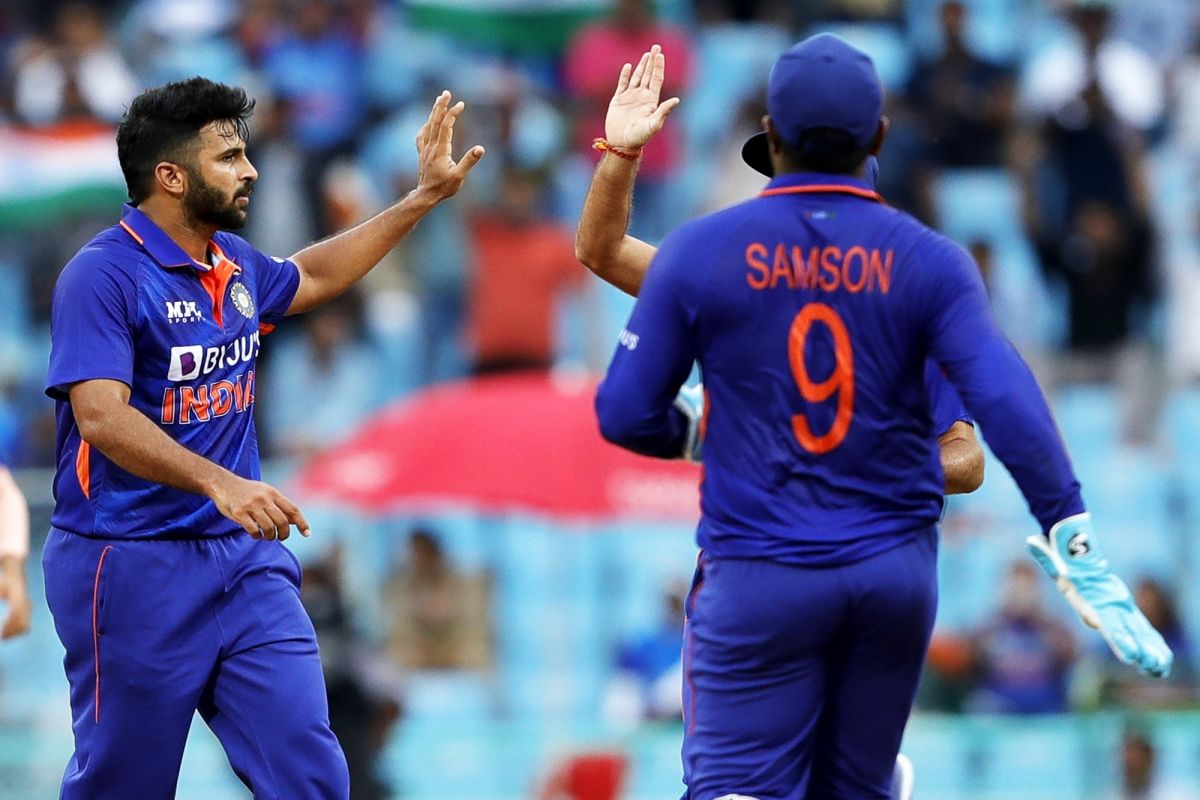 Shardul Thakur emerged as one of the architects of India's 90-run victory over New Zealand to take the series 3-0, contributing with both bat and ball in the match played at Holkar Stadium here.

Despite Rohit Sharma and Shubman Gill making centuries, India were in danger of being shot for a score below 375 as New Zealand clawed their way back. Thakur produced three fours and a six in his 17-ball 25 to propel India to 385.

With the ball, Thakur didn't have a smooth start as Devon Conway and Henry Nicholls attacked him in Power-play as New Zealand raced to 184/2 at the halfway mark. When Thakur came back, he derailed New Zealand's chase by bouncing out Daryl Mitchell and then had captain Tom Latham chipping a knuckleball, which was a full toss, straight to mid-off.

Though he struck twice in two balls, Thakur ended the over by giving away two boundaries, earning the wrath and frustration of his visibly miffed captain Rohit Sharma, who scolded him for this and the video went viral on social media.

Thakur quickly made amends in the next over with his cross-seam short-of-length ball taking the top edge of Glenn Phillips' attempted pull to deep mid-wicket, finishing with 3-45 in six overs.

In the post-match press conference, Rohit Sharma glowingly spoke on how crucial Thakur is to the team's plans in ODI cricket, especially with his ability to break partnerships in important junctures of a match.

"He's (Shardul) got the knack of taking wickets at a crucial time for us, and we have seen this, not just in ODI cricket, but in Test cricket. There are so many instances I remember, he has come and picked up important wickets and broke a partnership for us.

"He's very critical to us, where we stand as a team and what he brings to us is very critical. So I just hope he keeps putting up performances like this and it will only do good for the team and himself. It will also give him confidence that he can pick wickets whenever he comes out to bowl and what the team is expecting of him."

When Shardul does something like picking three wickets in ten balls on a flat pitch with short boundaries in Indore, cries of 'Lord Thakur' grow louder on social media.

With this Player of the Match performance against New Zealand, Thakur may have got himself firmly in India's plans for ODI World Cup 2023, as the all-rounder at number eight, who can make breakthroughs at any given time in the match.

When Shardul does something like picking three wickets in ten balls on a flat pitch with short boundaries in Indore, cries of 'Lord Thakur' grow louder on social media.