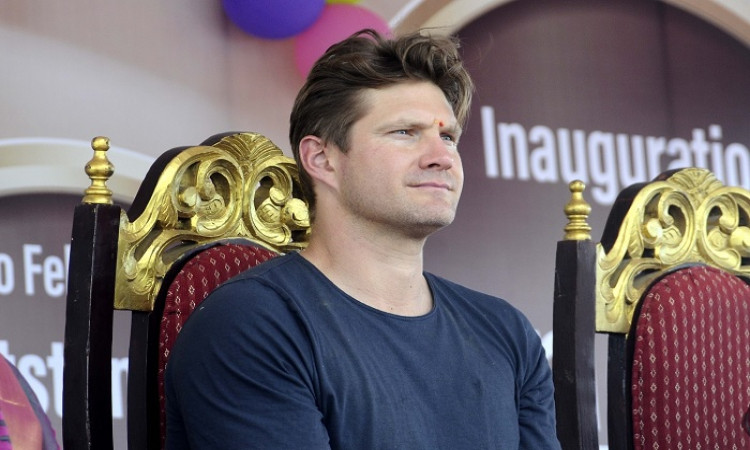 Lahore, Nov 23:  Former Australia all-rounder Shane Watson is expected to return to Pakistan next year after he was included in the Platinum category for Pakistan Super League 2020.

"I can't wait to come back to Pakistan and play in season five. I had an amazing experience in Karachi during the last PSL," said Watson, while recalling his experience of playing in Pakistan earlier this year as per an PCB media release.

"To be able to connect with the cricket-loving fans in Pakistan and experience Quetta Gladiators winning their first PSL was an amazing experience and one of the highlights of my career."

Watson has featured in all four editions of the PSL. His best run, however, came in the 2019 edition in which he was awarded player of the tournament and played a crucial hand in helping Quetta Gladiators secure their maiden title.

The 38-year-old was the highest run-getter in the tournament as he piled up 430 runs in 12 matches at a blistering strike rate of 143.81.

Earlier this month, Watson, was announced as the president of the Australian Cricket Association.

He will be joined by Nicholas Pooran (West Indies) and Mitch McClenaghan (New Zealand) in the Platinum category. McClenaghan played four matches for the Qalandars in PSL 2018 while Pooran was part of the Sultans rosters in 2018 and 2019, respectively.

English bowler Steven Finn has also joined the PSL Player Draft and will be part of the Gold category. The lanky pacer was part of the Islamabad United team in 2017 and 2018.