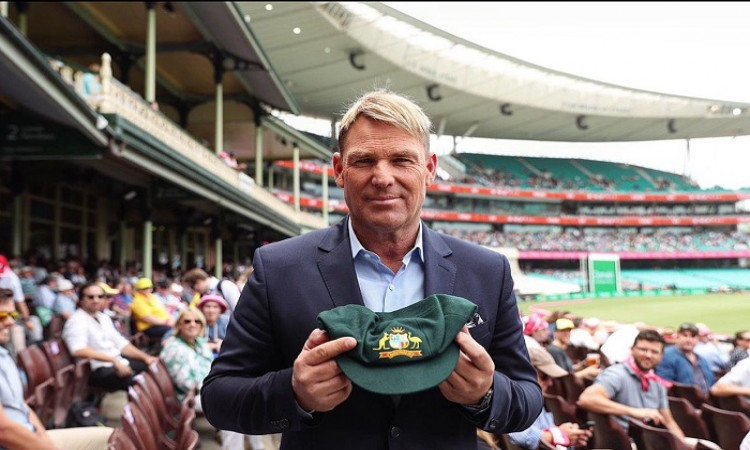 Sydney, Jan 10:  Legendary Australia leg-spinner Shane Warne's baggy green, which he wore throughout the 145 Tests he played, has made more than A$ 1 million at auction to aid those affected by bushfires.

Warne sold his Baggy Green for A$1,007,500 through an online auction on Friday, with 100 per cent of the proceeds dedicated to bushfire victims. According to the auction house's website, the highly soughtafter item was sold to 'M.C. from Sydney'.

The price is a record for a Baggy Green cap, more than doubling the amount paid for one of Sir Donald Bradman's caps that fetched A$425,000 when auctioned off for charity in 2003.

"Thankyou so much to everyone that placed a bid and a huge thankyou/congrats to the successful bidder -- you have blown me away with your generosity and this was way beyond my expectations! The money will go direct to the Red Cross bushfire appeal," Warne expressed gratitude in a tweet.

Warne had announced the move during the third and final Test between Australia and New Zealand which the hosts won by 279 runs at the Sydney Cricket Ground (SCG) last week.

Australia fast bowling legend Jeff Thomson is also selling his baggy green cap and a knitted vest he wore while playing in the 1970s and 1980s.

Various personalities from all walks of lives are making their contribution to the relief funds for bushfires which has till now claimed 27 human lives and millions of animals while also destroying nearly 2,000 houses.