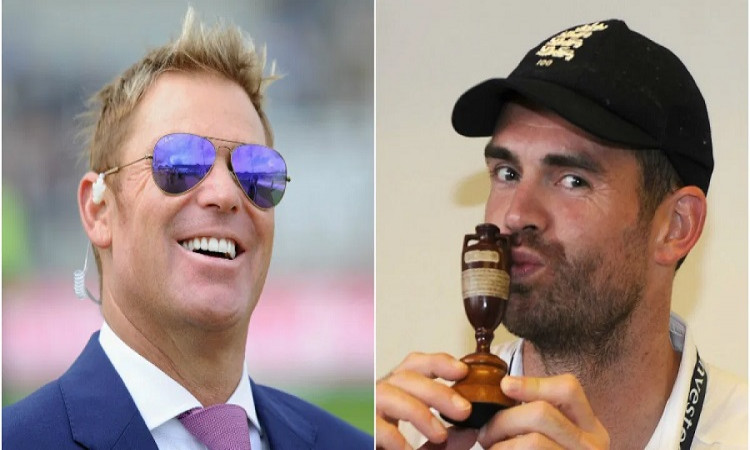 Australian spin legend Shane Warne has said that England can use speedster James Anderson as a bowling coach when they play Tests away from home so as to prolong the veteran fast bowler's career.

Anderson on Tuesday became the first pace bowler to take 600 Test wickets on Day 5 of the third Test against Pakistan at the Ages Bowl here.

"You want Jimmy to play as long as he possibly can, so is there a way he could be bowling coach away from home? Then, in England, you say awe want you to play for another three or four years. If you're picking your side here (in England), Anderson is your first pencilled in. Is he your first pencilled in overseas? I'm not sure."

Anderson, 38, had recently quashed rumours of him intending to retire soon. He said that he is looking forward to partnering Stuart Broad again in the 2021 Ashes.

Warne said that the best thing would be for anyone to retire while they are at the top while stating that it doesn't mean that it is time for Anderson to retire.

"I'm not saying Jimmy should retire, he shouldn't, he's bowling unbelievably - but, if you're thinking about it, the best advice you can give anyone is, it's better people say why are you (retiring), than why don't you," he said.

"That's the best thing - to go out on top, when people think you can still play for longer. Because then they miss what you brought to the table, miss watching you play. If you play too long, people start saying, 'he should retire, he's not at his best'," Warne added.