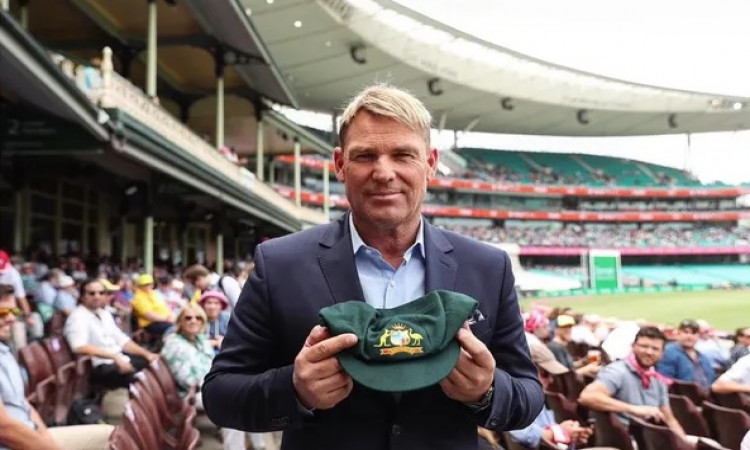 Sydney, Jan 6:  Legendary Australia leg-spinner Shane Warne has announced that he will be putting his baggy green -- which he wore throughout the 145 Tests he played -- for auction in order to raise funds for bushfires' relief.

Warne announced the move during the third and final Test between Australia and New Zealand which the hosts won by 279 runs at the Sydney Cricket Ground (SCG).

According to the auction site, all funds raised by this effort will be donated to the Australian Red Cross Disaster Relief and Recovery Fund. The item would also contain an autographed certificate of authenticity from Warne.

"The bushfires have been absolutely horrific, they've touched all of us in a way," Warne said on Fox Cricket.

"We always wore this the first session of a bowling day every time and I've had that baggy green cap my whole career and I've decided to put it up for auction," he added.

The auction is set to run for a week with the figure set to potentially go close to Sir Donald Bradman's baggy green which fetched $425,000 in 2003.

Warne becomes the latest star to do their part to raise funds for the devastating bushfires that continue to wreak havoc across Australia.

Australia's fast bowling group have pledged A$1000 for every wicket taken during the Sydney Test while several Big Bash stars are donating hundreds of dollars for every six hit.

Besides cricketers, several tennis players have also pledged to contribute to the bushfire relief.

Wildfires have raged across Australia for months, causing huge loss to life and property and burning about 6 million hectares (23,000 square miles) of bushland.