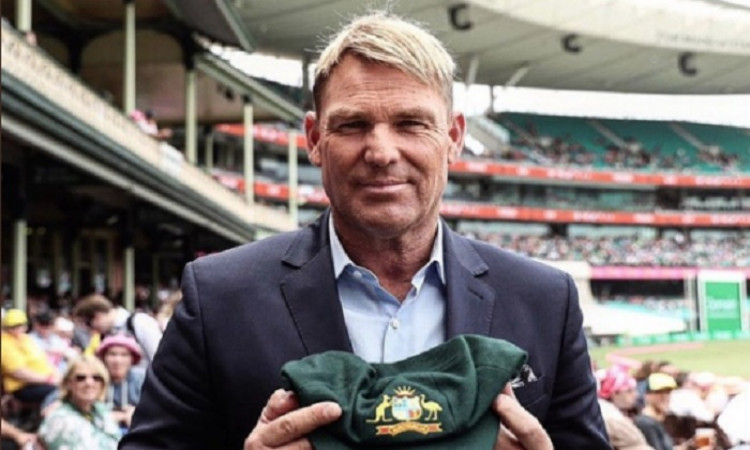 Mumbai, Jan 13:  The legendary Shane Warne has called for a five-match Test series between Australia and India next season with the Adelaide D/N Test also slotted in, on a day India skipper Virat Kohli said the team is open to playing pink ball Test Down Under.

India are scheduled to play four Tests and three ODIs in Australia later this year.

India had refused to play a Day-Night Test against Australia in their backyard when they last toured the country in 2018-19 but skipper Kohli on Monday made it clear that his side is "absolutely open" to play pink ball Test in their next tour Down Under.

"I've said this before - but how good would a five-Test match series between Australia & India be next season. Brisbane, Perth, Adelaide D/N, Melbourne and Sydney. I hope both the BCCI & CA make it happen. Scheduling is not an excuse," Warne said in a tweet tagging both the country's cricket bodies, BCCI President Sourav Ganguly and India and Australia captains Kohli and Tim Paine.

India and Australia will lock horns in a three-match ODI series starting here on Tuesday.

"Look we played the day-night Test here, we were pretty happy with how it went and it has become a very exciting feature of any Test series and we are absolutely up to playing day-night Tests," Kohli told reporters ahead of the first ODI of the three-match series against Australia.

"We are absolutely up for the challenge and whether its Gabba, Perth doesn't matter to us. We do have the skillsets now to compete against anyone in the world anywhere in any format of the game," Kohli added.

Meanwhile, Warne's long time colleague and former Australia captain Ricky Ponting believes Team India will be keen to "redeem themselves" but Aaron Finch's men will be able to beat the hosts in the series.

"Australia will be full of confidence after an excellent World Cup and a great summer of Test cricket but India will be keen to redeem themselves from the last ODI series loss against Australia. Prediction: 2-1 Australia," Ponting said on Twitter during a Q&A session with the fans.