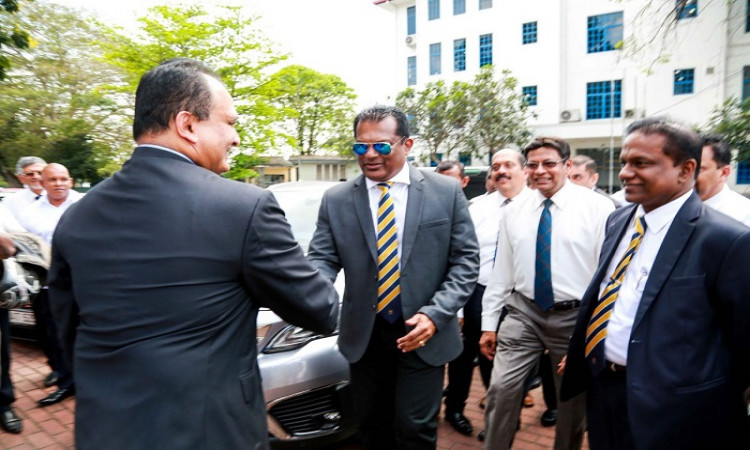 Backed by former president Thilanga Sumathipala, Silva garnered 83 out of a possible 142 votes, and in the process defeated Jayantha Dharmadasa, who ended up with 56 votes.

The SLC election was slated to be held on February 2 but was postponed by two weeks as per the advice of the Attorney General.

Alongside Shammi Silva, Mohan de Silva and Ravin Wickremaratne, the other members of the previous executive committee, have been voted in again, this time as secretary and vice-president respectively.

K. Mathivanan also returned as vice president, the only member of the Dharmadasa faction to be elected.

Former World Cup winning captain Arjuna Ranatunga, who promised to clean up the corruption in the SLC, narrowly lost out to Wickremaratne in the race for vice-president.

SA vs Eng: du Plessis Rested For ODI Series Against…

Laxman Praises Kohli On Reaching The 12K Runs Milestone In…

Ind vs Aus: Burns Ready To Play The Senior Role…