Shami doesn't need to surrender, we have got stay: Lawyer 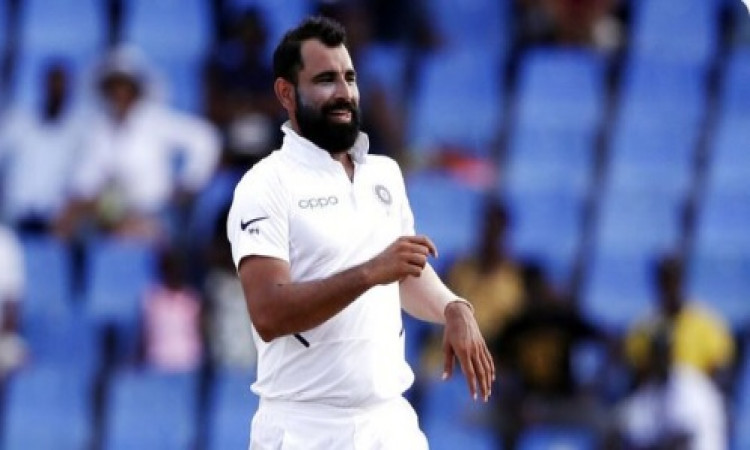 New Delhi, Sep 10. The order by the Alipore Court in Kolkata that needed India pacer Mohammed Shami to surrender within 15 days from September 2, no longer holds good as his lawyer Salim Rahaman has obtained a stay from a higher court.

Speaking to IANS, Salim said that the move was in any case against the legal process and there was no way that Shami could have been asked to surrender. The first move had to be that of summoning either Shami or his representative.

"The order didn't hold much ground because while you can summon a person, you cannot issue a surrender notice. We have got a stay on the matter from a higher court and the rest of the plan of action you will get to know tomorrow," he said.

Shami might have left for the US from the tour of the West Indies, but he has been in constant touch with his lawyer as well as the BCCI.

A case of domestic violence filed against him by his wife, Hasin Jahan, had seen the Alipore court in Kolkata order the India pacer to surrender within 15 days.

Speaking to IANS, a senior Board of Control for Cricket in India (BCCI) functionary had said that the fast bowler would return to India on September 12, and till then he was in touch with his lawyer Salim Rahaman.

"Shami has gone to the US after the tour of the West Indies got over and he will be back in the country on the 12th. He has been in constant touch with his lawyer on the court matter and has also spoken to the relevant people within the board on the matter," the functionary had said.

The BCCI had on September 2 -- the date of issuance of the court order -- made it clear that no action will be taken against the bowler till they see the charge sheet. While it was initially thought to be an arrest warrant, his lawyer had clarified that it was a note of surrender.