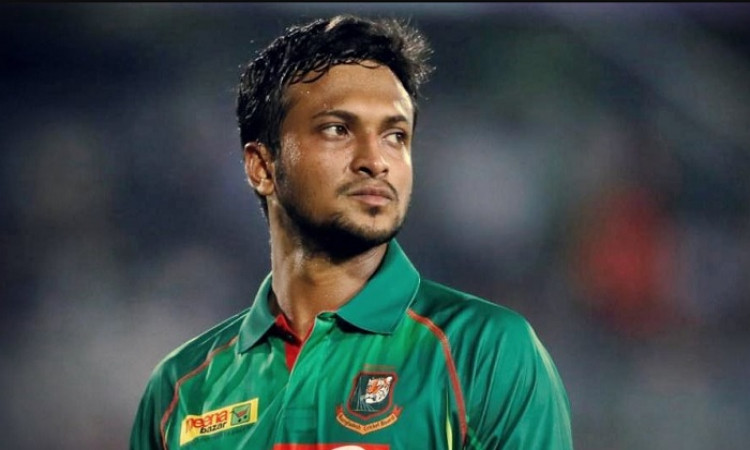 London, Oct 30:  After being suspended by the ICC for failing to report corrupt approaches, Bangladesh former captain and all-rounder Shakib Al Hasan has stepped down from the World Cricket Committee of the Marylebone Cricket Club (MCC).

Shakib was suspended from all cricket for two years, with one year of that suspended, after he accepted three charges of breaching the ICC Anti-Corruption Code on Tuesday.

Also Read: He will lead us to the 2023 WC because the name is Shakib, says Mashrafe Mortaza

"Marylebone Cricket Club (MCC) can today confirm that Shakib Al Hasan has stepped down from his involvement with the MCC World Cricket committee," the club stated in a press release.

Meanwhile, Mike Gatting, Chairman of the World Cricket committee said in an official statement; "We are sorry to lose Shakib from the committee, where he has made a great contribution over the last couple of years. As guardians of the Spirit of Cricket we support his resignation and believe this was the right decision."

The star all-rounder joined the MCC World Cricket committee in October 2017, and has subsequently attended meetings in both Sydney and Bengaluru.

Shakib however, chose to admit the charges and agreed the sanction with the ICC in lieu of an Anti-Corruption Tribunal hearing. Subject to him satisfying the conditions in respect of the suspended part of the sanction, he will be free to resume international cricket on October 29, 2020.

The MCC World Cricket committee is an independent body comprised of current and former international cricketers and umpires from across the globe, meeting twice yearly to discuss the prevalent issues in the game. The next meeting is due to take place in Sri Lanka in March 2020.