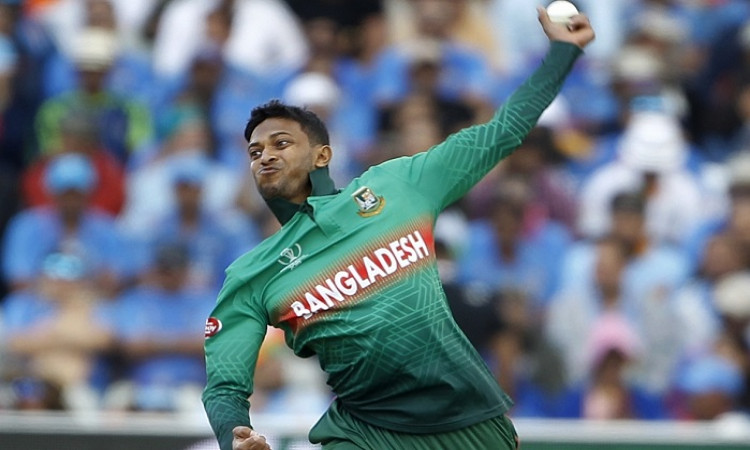 Dhaka, Oct 31:  Former Bangladesh captain Mohammad Ashraful believes that the ban imposed on Shakib al Hasan for failing to report corrupt approaches is going to be a shock to the system, adding that there should not be too much publicity about the all-rounder.

Ashraful, who has now returned to playing first-class cricket after his five-year ban (of which two years are suspended) for match-fixing in 2013 during the Bangladesh Premier League (BPL), believes the next 12 months will be difficult for Shakib.

"Our cases are different; he didn't inform the fixing approaches to authorities, while I was fully involved in match-fixing," he told ESPNcricinfo.

"But this is going to be a shock to the system. We love playing cricket. What Shakib is going through is hard to explain in words. I think there shouldn't be too much news about him. Dealing with so much news was hard (for me)."

The 35-year-old further said he felt sad for seeing a fellow player suffer a similar fate.

"I had the belief that no Bangladeshi cricketer would get into this kind of trouble after me," he said. "We have very different cases, but still the punishment is to stay away from cricket.

"I felt bad. Shakib is the No. 1 all-rounder in the world. He is our best player. He plays franchise leagues. When I say Shakib made his mistake, I think he didn't take it (reporting approaches) too seriously. What also happens now is that everyone will be alert with these approaches. What to do when there's an approach. Nobody should make this mistake. We could never imagine that Shakib would make this mistake," he added.

The International Cricket Council (ICC) on Tuesday banned Shakib for two years, with one year of suspended, after he accepted three charges of breaching the ICC Anti-Corruption Code.

Under the provisions of the code, Shakib chose to admit the charges and agreed to the sanction with the ICC in lieu of an Anti-Corruption Tribunal hearing. Subject to him satisfying the conditions in respect of the suspended part of the sanction, the all-rounder will be free to resume international cricket on October 29, 2020.