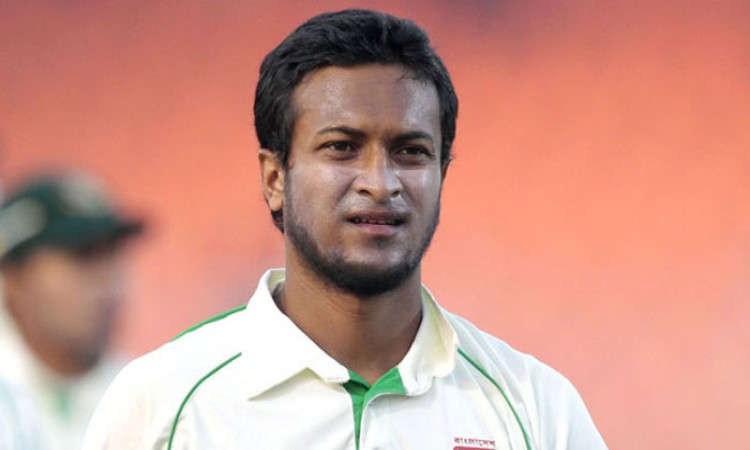 Dhaka, Jan 27 - Bangladesh all-rounder Shakib Al Hasan on Saturday was ruled out of the first Test against Sri Lanka starting on January 31.

"The 30-year-old suffered an injury to his left little finger during the final of the Rocket Tri-Nation Series against Sri Lanka on Saturday at the Sher-e-Bangla National Cricket Stadium," the Bangladesh Cricket Board said in a statement.

"Shakib, the Bangladesh Test captain, hurt the base of the fifth finger while fielding."

Senior physician Debashis Chowdhury said: "The x-ray did not find any fracture. However, there is subluxation/joint sprain at the base of the little finger on his left hand.

"He has been assessed by a cosmetic surgeon and necessary repairs have been done. The affected finger will have to be immobilized for at least a week before further assessment is made which means he is out of the first Test in Chittagong."