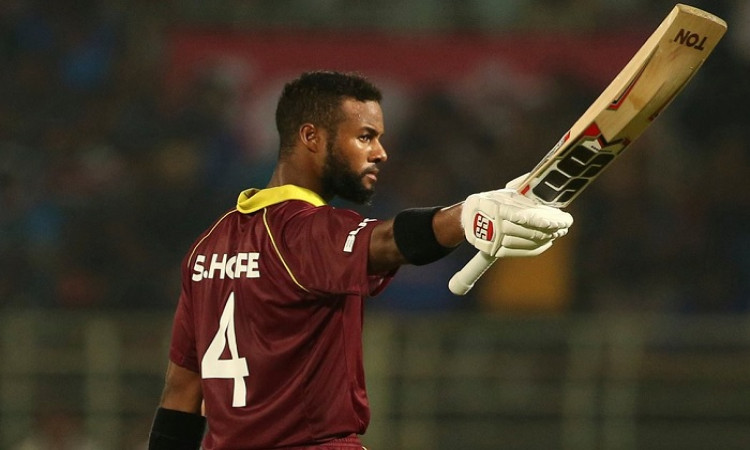 Lucknow, Nov 12: Shai Hope's unbeaten 109 steered the West Indies to a five-wicket victory over Afghanistan in the third ODI at the Ekana Cricket Stadium on Monday to complete a 3-0 series whitewash.

Put into bat, Afghanistan put up a fighting total of 249/7 in the allotted 50 overs. Asghar Afghan top-scored for Afghanistan with a quickfire 86, while Hazratullah Zazai and Mohammad Nabi chipped in useful half-centuries. Keemo Paul was the pick of the Windies bowlers, returning with figures of 3/44.

The West Indies were dealt a double blow early into the run chase with off-spinner Mujeeb Ur Rahman dismissing opener Evin Lewis and Shimron Hetmyer in the third over.

However, the West Indies managed to get 50 plus partnerships after that all the way down to the sixth wicket to chase down the target with five wickets and eight balls to spare.

Hope, who opened the batting with Lewis, anchored the innings and saw his team cross the finishing line with an unbeaten 109 (145 balls, 4x8, 6x3).

Rashid Khan, Sharafuddin Ashraf and Mohammad Nabi got a wicket each, but Roston Chase (42*) added 71 runs with Hope for the sixth wicket to ensue that Windies cruised home without any further hiccups.