Shahzad, Nabi guide Afghanistan to 252/8 against India in Asia Cup 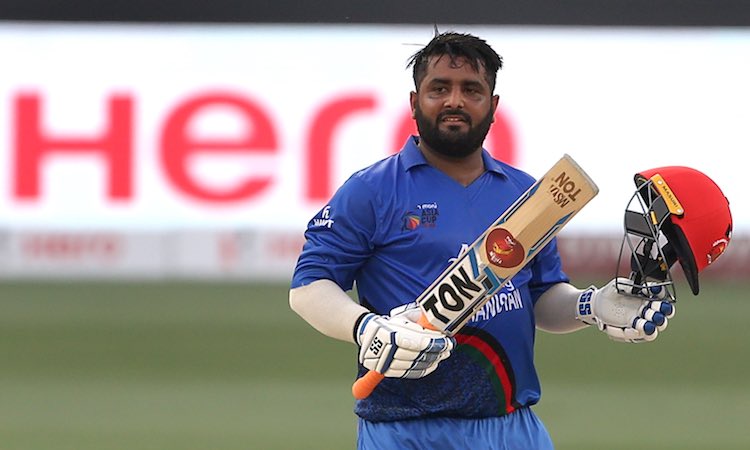 Right from the start Shahzad (124) played freely and punished Indian bowlers all around the park. The way he was playing can be judged that his partner Javed Ahmadi played 30 balls and scored five runs in the 65 run partnership for the first wicket.

Unperturbed by the fall of the wicket in the 13th over, Shahzad kept on playing fiercely. With 81 runs on the board, Rahmat Shah (3) was dismissed by Ravindra Jadeja in the 15th over.

In the very next over, Hashmatullah Shahidi (0) and captain Asghar Afghan (0) were dismissed by chinaman Kuldeep Yadav to make the scoreboard read 82/4.

Shahzad and Gulbadin Naib (15) then joined in the middle and Naib just gave the strike to his partner, who was smashing all over the park. In the process, Shahzad completed his century.

But while trying to increase the scoring rate, Naib was also dismissed by Deepak Chahar in the 29th over.

New batsman Nabi and Najibullah Zadran then joined in the middle and added a few runs before Zadran was sent back to the pavilion by Jadeja.

Towards the end, Khaleel Ahmed packed up in-form Nabi and Afghanistan finished the innings at 252/8.