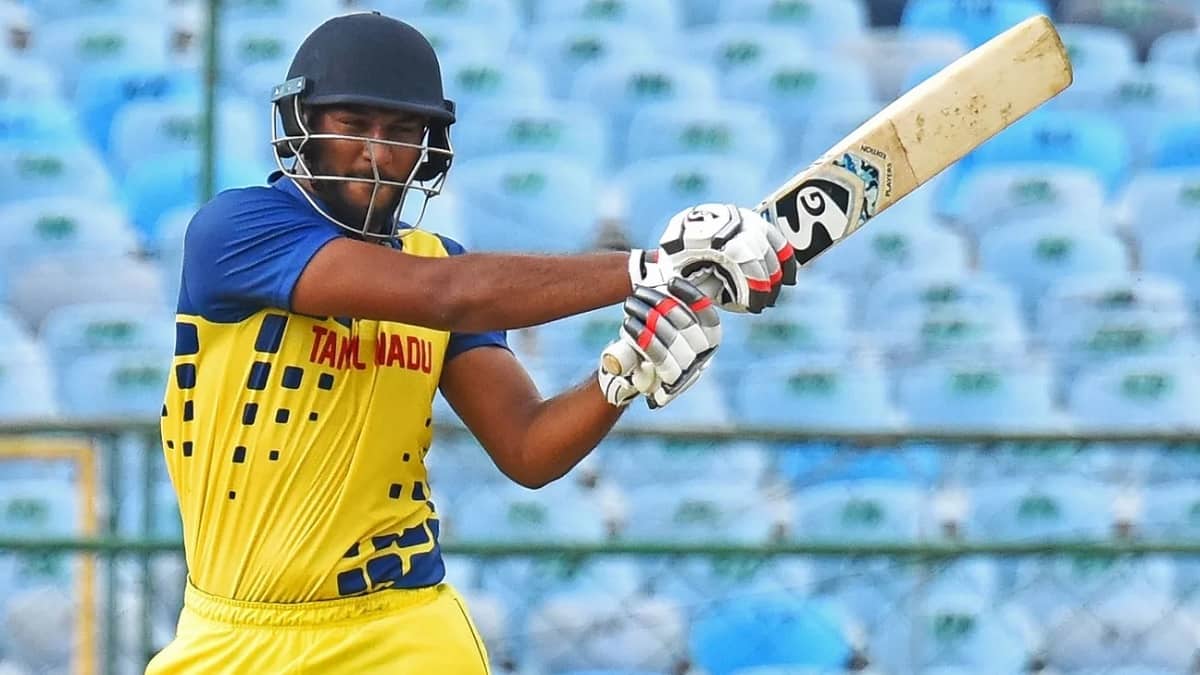 Chasing 152, Tamil Nadu lost Hari Nishanth in the fourth over who had scored 23 off 12 balls to give a good start to the team. TN ended up scoring 44 in the powerplay. However, Karnataka began to choke in the middle overs and didn't allow Tamil batters to score a boundary for more than 50 balls.

N Jagadeesan made 41 from 46 balls with the help of two fours and a six. He added 44 runs for the third wicket with captain Vijay Shankar, who made 18 from 22.

With the asking rate increasing, Tamil Nadu batters began taking chances which didn't come off as they were left with 16 runs to get from the last over. However, Shahrukh Khan was still at the crease.

Sai Kishore top-edged the first ball to the boundary. Bowler Prateek Jain gave away two wides as the equation reduced to five runs off the last ball. Prateek bowled a half-volley and Shahrukh obliged it with a six over square leg to finish it off in style.

Earlier, Tamil Nadu opted to bowl first. Karnataka were under pressure inside the powerplay as they lost three wickets early including that of Karun Nair and Manish Pandey. Sharath and Abhinav Manohar revived the innings with a 55-run stand.

Abhinav top-scored with 46 runs in 37 balls with the help of four fours and two sixes. However, the finishing touch was given by Praveen Dubey's 33 off 25 balls. His cameo innings supported by Jagdeesh Suchith's 18 from seven helped Karnataka push the score above 150.