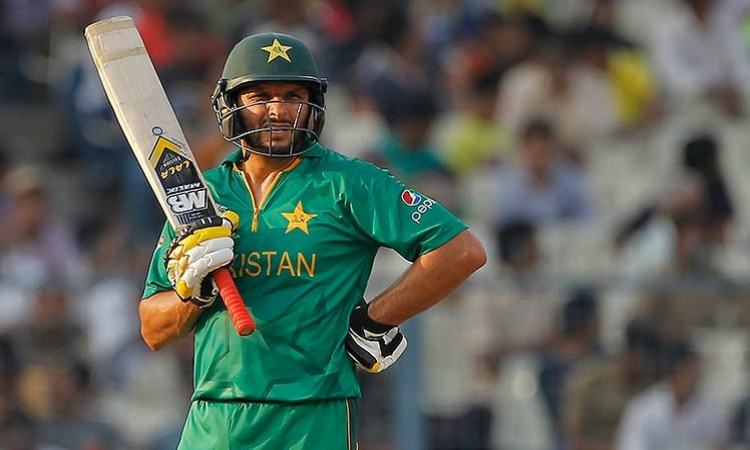 New Delhi, Aug 3:  Former Pakistan all-rounder Azhar Mahmood recently jogged the down memory lane and recalled how Shahid Afridi took the world by storm in just his second match on the international arena.

Mahmood revealed the luck factor that saw Afridi being included in the Pakistan squad for the four-team tournament following injury to their star spinner Mushtaq Ahmed.

"Shahid Afridi had debuted in Nairobi in 1996 after the Sahara Cup, where I made my debut," Mahmood said on Wisden's The Greatest Rivalry podcast. "So Mushi (Mushtaq Ahmed) got injured in that series and Shahid Afridi was touring with the Pakistan A team to West Indies and he replaced Mushi in that tournament.

Mahmood was talking about the 1996 KCA Centenary Tournament that saw Sri Lanka, Pakistan, South Africa and Kenya play all their matches in Nairobi. He recalled Afridi's blitzkrieg in just his second ODI as he struck a majestic 40-ball 102 against Sri Lanka in the sixth match of the series.

Afridi crossed the 100-run mark off just 37 deliveries and it remained the fastest ODI century till Corey Anderson (36 balls) broke the record in 2014 and AB de Villiers (31 balls) bettered it in 2015. Mahmood revealed Afridi used Sachin Tendulkar's bat to score that incredible innings.

"In those days, the two Sri Lankan openers, Jayasuriya and wicketkeeper Kaluwitharana, they used to attack upfront. So we thought we need someone who can bat at No.3. Afridi and I – Wasim said you guys go and try to slog (in the nets). I was slogging sensibly and Afridi went against the spinners, murdering everyone in the nets," Mahmood recalled.

"Next day, we got the game against Sri Lanka and they said he (Afridi) is batting at number three. I think Waqar (Younis) got a bat from Sachin (Tendulkar), he used the great Sachin's bat and managed to get a hundred and after that, he became a batsman. Mainly he was a bowler who can hit the ball, but in the end, he had a wonderful career," he added.