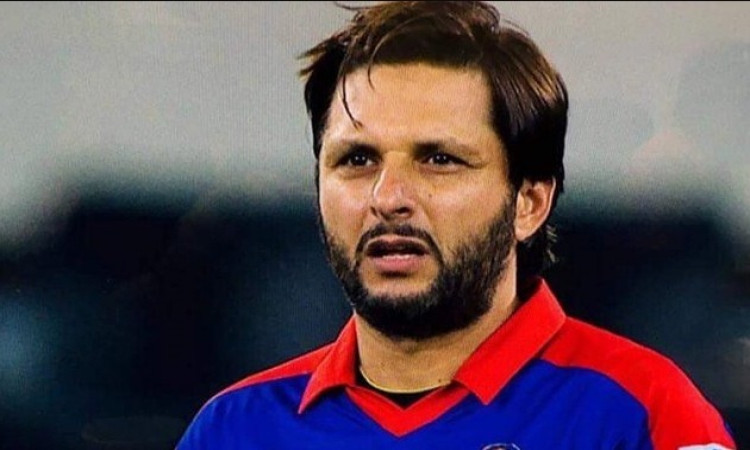 New Delhi, Aug 28:  Former Pakistan all-rounder Shahid Afridi on Wednesday said that he will soon visit the Line of Control (LoC) to "express solidarity with our Kashmiri brethren" following India's decision to end the special status of Jammu and Kashmir and bifurcate the state into two union territories of Jammu & Kashmir and Ladakh.

Earlier, Pakistan Prime Minister Imran Khan had announced that a 30-minute event will take place every week in his country to show solidarity with the Kashmiri people.

Afridi also said that he would be at Mazar-e-Quaid (the tomb of Pakistan founder Muhammad Ali Jinnah) in Karachi at 12 noon on Friday.

"Let's respond to PM call for Kashmir Hour as a nation. I will be at Mazar e Quaid at 12 pm on Friday. Join me to express solidarity with our Kashmiri brethren. On 6 Sep I will visit home of a Shaheed. I will soon be visiting LOC (sic)," Afridi tweeted.

Afridi had earlier called for UN intervention as well as that of the US after the Indian government abrogated the provisions of Article 370 of the Constitution that accorded special status to Jammu and Kashmir.

Former Pakistan skipper Javed Miandad had also said that he will visit the LoC with other sportspersons from the nation who were willing to join him. The former cricketer said that they will hoist a flag for peace at the LoC.

On Tuesday, British boxer of Pakistan origin Amir Khan visited the LoC and met the families living there. The Pakistan Army had arranged the tour for the boxer.