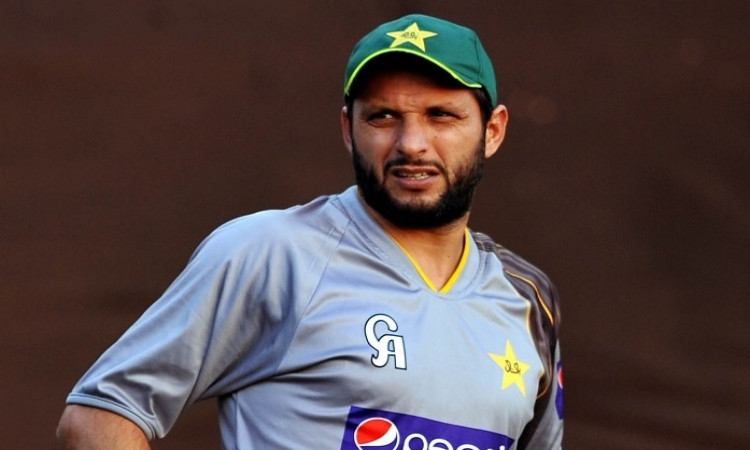 Last month, Mushfiqur had put the bat -- with which he scored his first double hundred against Sri Lanka at Galle in 2013 -- for online sale and had urged people to contribute to the cause so that maximum funds can be generated for the poor.

"Shahid Afridi bought my bat on behalf of his foundation. I feel privileged and honoured that someone like him has joined our great cause," Rahim was quoted as saying by ESPNcricinfo.

The Bangladesh wicketkeeper-batsman also posted a video message from Afridi on his Twitter handle.

"The work you are doing is great. Only real life heros do this. We are going through a tough phase in such times we need the love and support of each other," Afridi said in the video.

"I want to buy your bat on behalf of all of Pakistan. Our prayers are with you. Hopefully we will again meet on the cricket ground once this is over," he added.

England batsman Jos Butter had earlier raised more than 65,000 pounds for two London-based hospitals by auctioning the shirt which he wore in the 2019 World Cup final.

Legendary Pakistan bowler Wasim Akram also auctioned a bat and ball signed by him to raise funds for a charity.

Royal Challengers Bangalore teammates Virat Kohli and AB de Villiers have also announced they were giving away items from their historic 226-run stand against Gujarat Lions for auction as the entire world fights against COVDI-19 pandemic which has so far claimed more than 3 lakh lives globally.