India may have drawn their one-off women's Test away to England in Bristol on Saturday, but the match represented another landmark for teenage batting sensation Shafali Verma. 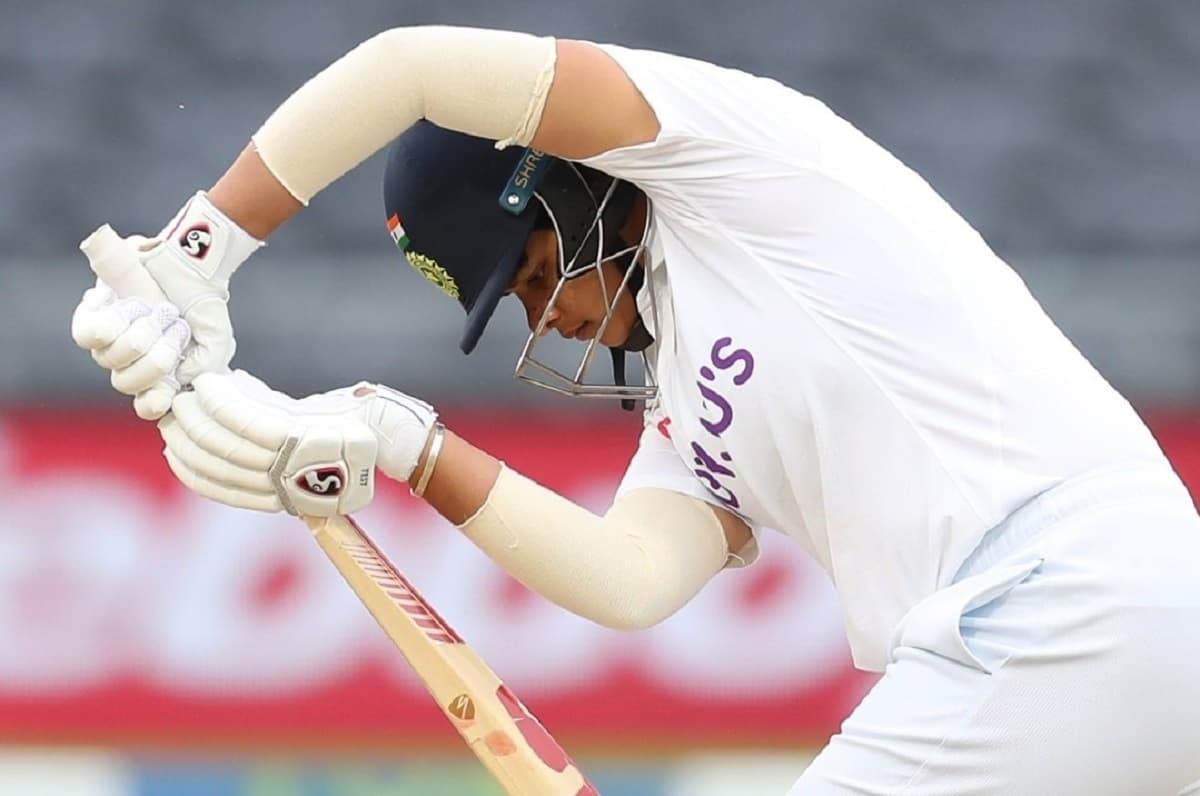 The 17-year-old opener becomes the first Indian and the youngest woman from any country to surpass fifty in both innings of her debut Test with scores of 96 and 63.

But it was the way Verma, named player of the match, made those runs that added to her reputation as one of the rising stars of women's cricket.

Prior to the Test, former India women's captain Diana Edulji described Verma as being in the "mould" of Virender Sehwag, once a dashing India men's opener.

But although already known for her exploits in the white-ball game, which have seen Verma signed by Birmingham Phoenix for this year's inaugural edition of English domestic cricket's The Hundred, she showed there was more to her game than big-hitting.

Blessed with good balance thanks to an uncomplicated technique that sees her head over the ball, which in turn helps with playing her shots as late as possible, Verma also demonstrated maturity beyond her years in India's first women's Test since 2014.

She started her innings in the style of a 'traditional' opener, respecting the new ball and picking off any loose deliveries.

It was only after tea that Verma really went for her shots -- including a superb lofted drive straight back over the head of England spearhead fast bowler Katherine Brunt --in a 152-ball innings featuring 13 fours and two sixes before, in sight of a century, a mistimed stroke off Kate Cross was caught at mid-off.

Varma and fellow opener Smriti Mandhana -- who herself made 78 -- shared a stand of 167, the highest by India in a women's Test.

"Like any player who gets out in the 90s, I was also disappointed," said Verma. "But next time I will not miss the hundred."

Meanwhile, 24-year-old left-hander Mandhana, who also opens with Verma in Twenty20 internationals, said: "The way she changed her game and the kind of maturity she showed at this stage of her career, it's very positive for Indian cricket going forward.

"Her shots, in T20Is I've always watched them from the other end. It's amazing what she does. I hope she keeps going the way she is."

Many within women's cricket are loathe to make comparisons to the men's game for fear this will reinforce perceptions that female players are 'abnormal' in some way.

Indeed the nine-year-old Verma once cut her hair short so she could play cricket with the boys in her hometown of Rohtak in the conservative northern state of Haryana, where women are not encouraged to take part in sport.

Fortunately for Verma, her cricket-loving father Sanjeev was delighted by his daughter's progress and their shared enthusiasm for the exploits of Indian legend Sachin Tendulkar.

But the poverty caused when Sanjeev lost all his family's money to a conman meant Shafali had to play with torn gloves and a broken-bat for several months.

Nevertheless, she established herself in state cricket before making an India debut in a T20 against South Africa in 2019.

Her fifth outing saw Verma become the youngest Indian to score an international half-century, against the West Indies -- surpassing a 30-year-old record held by Tendulkar, who was 16 when he made his maiden Test fifty.

And her latest half-centuries suggest Verma now has arguably more to worry about in deciding upon an endorsement deal than she ever did from defective kit.