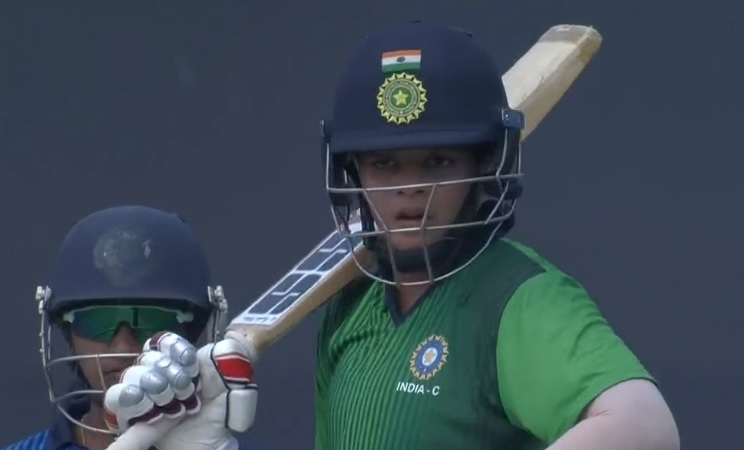 Chasing 132 in the final played at the Barabati Stadium, opener Shafali smashed 89 from just 45 balls, which consisted of 15 fours and 2 sixes, as India 'C' crossed the line with 28 balls to spare.


We need to keep improving away from home: Aaron Finch

Earlier in the day, India 'B' posted 131/6 in their allotted 20 overs after winning the toss and electing to bat. Pooja Vastakar came out with a late cameo (43 not out) and helped her team to put up a respectable total. Vastrakar provided the much-needed impetus to a stuttering innings. She hit three fours and as many sixes, batting out 22 balls.

Manali Dakshini was the pick of the bowlers for India 'C' as she returned with figures of 3/15 while Dayalan Hemalatha and Rajeshwari Gaekwad scalped one wicket each.

India C, led by Veda Krishnamurthy, didn't have any hiccups as the 15-year-old Shafali from Haryana, who has turned heads with her batting feats since early 2019, made light work of India B's total.

In fact, her innings made sure that despite Madhuri Mehta's slow start (20 off 30), it turned out to be a cakewalk for India 'C' who lost just two wickets to go across the line.