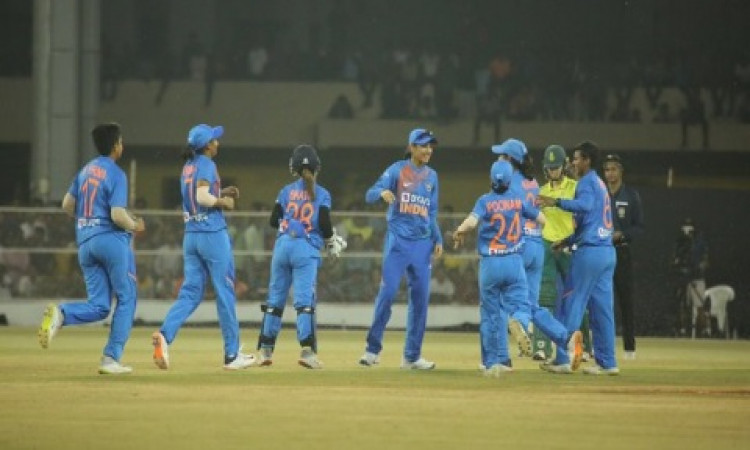 Surat, Oct 2 Shafali Verma and Poonam Yadav starred for India Women as they thrashed South Africa by 51 runs to take an unassailable 2-0 lead in the five-match T20 series here on Tuesday.

After two rubbers were washed out without a ball bowled, India bettered on their 1-0 lead taken in the first game to win the rain-affected fourth match which was shortened to 17 overs a side.

Opener Shafali, who became the youngest T20I debutant for India while playing the first game, top-scored for the hosts with a 33-ball 46, her innings laced with five fours and two sixes. Jemimah Rodrigues smashed a 22-ball 33 as India led by Harmanpreet Kaur who scored 16, put up 140/4 in 17 overs after being asked to bat first.

In their reply, South Africa were never in the chase as they kept losing wickets at regular intervals. Leg-spinner Poonam took two wickets in back-to-back deliveries in the 11th over and snared another two overs later to help her side coast to victory. She returned figures of 3/13 in three overs.

For South Africa, only Laura Wolvaardt (23) and Tazmin Brits (20) scored in double figures. The fifth and last game is on Friday.

In the first match, India successfully defended a target of 131 thanks to a brilliant spell from off-spinner Deepti Sharma, who bowled three consecutive maidens and took three wickets in that period, helping India dismiss South Africa for 119.

The T20 series will be followed by a three-match ODI rubber in Vadodara.