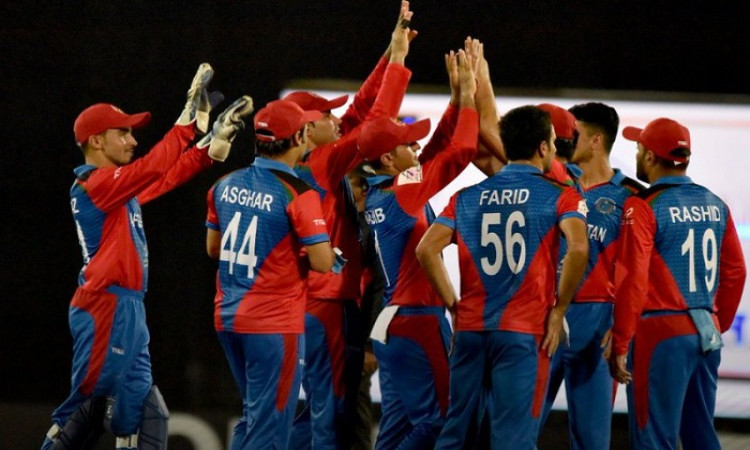 Dhaka, Sep 15: A rather monotonous T20 international between Afghanistan and Zimbabwe was brought to life by Mohammad Nabi and Najibullah Zadran when they smashed seven consecutive sixes across the 17th and 18th overs here on Saturday.

It was the second match of the tri-series being played between Bangladesh, Zimbabwe and Afghanistan, which the latter ended up winning by 28 runs.

Afghanistan batted first and were ambling at 123/4 after 16 overs. Tendai Chatara bowled the 17th over with Nabi and Zardan in the middle and the pair took singles off the first two balls. Nabi, who recently retired from Test cricket after Afghanistan's triumph over Bangladesh last week, started the carnage with a six over deep mid-wicket off the third ball of the over.

The second six came off a fuller delivery that Nabi smashed over the bowler's head while the third, which was a low full toss on the stumps, disappeared over deep mid-wicket again. The last six of the over was over deep extra cover, thus making it 26 runs for the over.

But that was not the end of it as Zadran decided to pick up where Nabi left off. Neville Madziva bowled the 18th over and his first ball disappeared over deep mid-wicket. The second ball was a short outside off which Zadran pulled higher over the same area. The final six of the streak was hit over fine-leg off the next delivery.

While the next ball was wide, the one after that almost went all the way but replays showed that it had landed just inside the ropes.

The pair batted till the end of the innings with Zadran remaining not out on 69 off 30 balls. Nabi was dismissed off the last ball for 38 off 18 balls. The duo added 107 runs for the fifth wicket.

The late surge saw Afghanistan post 197/5 in the allotted 20 overs. In reply, Zimbabwe could manage 169/7 in the stipulated overs, thus falling short by 28 runs. Skipper Rshid Khan was the pick of the bowlers for Afghanistan, returning with figures of 2 for 29 from his four overs.