Series win would be big boost for B'desh cricket,says Mahmudullah

Rajkot, Nov 6:  Bangladesh captain Mahmudullah on Wednesday said that a win for the team in their upcoming second T20I against India would be a big boost for the sport in the country. 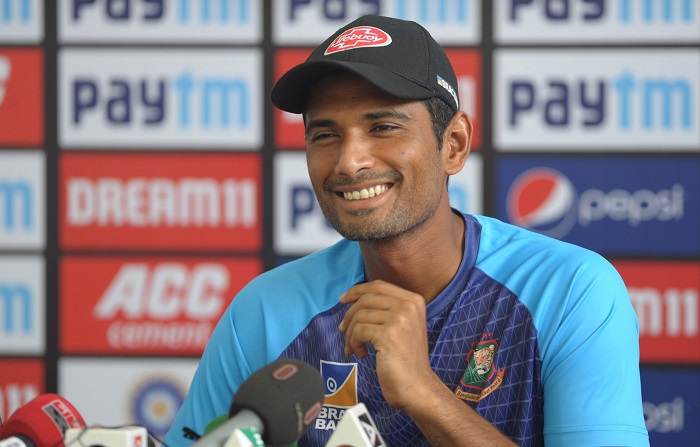 Bangladesh are leading the three match series 1-0 going into the game that will be played at the SCA stadium in Rajkot on Thursday.

"And hopefully as I have mentioned, tomorrow we have to play good cricket to beat India because we know that they are a good side at home and across the world, so we have to be on our top from the first ball."

Bangladesh are without star batsman Tamim Iqbal and talismanic skipper Shakib Al Hasan. While Tamim chose to sit out due to family reasons, Shakib is serving a suspension imposed on him by the International Cricket Council (ICC).

"What I said earlier, since we won the first match, it will give us an extra confidence for all of us. We are not sitting idle, we are all desperately waiting for tomorrow's match. Everybody is working hard and giving their best effort in practice."

"I feel that in T20s, if you can assess the wicket properly and the length and accordingly place your field, then you have a chance to do well. T20 is such that it's important to make the right decision at the right time and if you think about it, you may have a game plan but you have to change it and so adaptability is crucial," he said.

"India is a very strong side at home and they have proven it in the last 11-12 years how strong they are. It will be a big achievement if we can win," he added.