New Delhi, June 5: VVS Laxman on Friday paid a tribute to Virender Sehwag, saying the former Indian opener had immense self-belief and positivity which was both "mind-boggling and infectious". 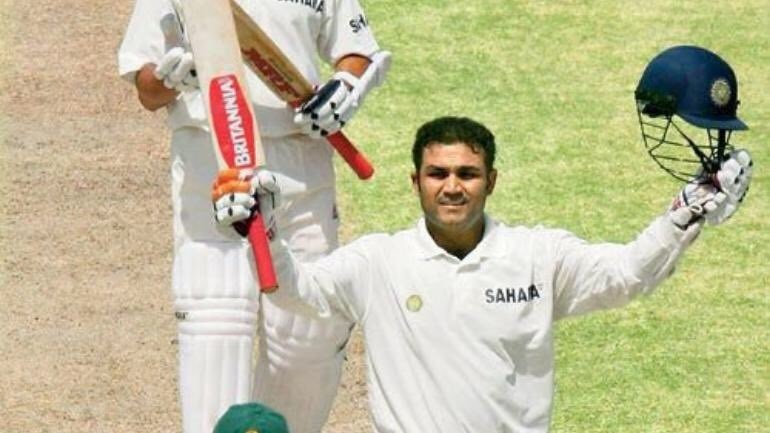 "Cocking a snook at those who questioned his pedigree against high-quality fast bowling, Virender Sehwag went on to establish himself as one of the most destructive openers in Test history. Viru's immense self-belief and positivity was as mind-boggling as it was infectious," Laxman said in a tweet.

Sehwag, counted as one of the most destructive Test openers to have ever graced the sport, played 104 Tests, 251 ODIs and 19 T20Is in which he scored 8586, 8273 and 394 runs respectively. The 41-year-old holds the record for being the first Indian batsman to score a triple hundred in Test cricket.

During India's tour of Pakistan in 2006, Sehwag combined with Rahul Dravid to score a phenomenal 254 on the way to a 410-run partnership, just falling short of the record for the highest first-wicket stand set by Vinoo Mankad and Pankaj Roy almost 50 years ago.

He also scored a remarkable 219 in an ODI against the West Indies in Indore in 2011, which was only the second ODI double-hundred at the time, and the highest ever score in ODIs until current India opener Rohit Sharma blazed past it during his epic 264 in late 2014.

Laxman has been paying tributes to some of the cricketers he's played alongside and who had an influence on him and his career. Apart from Sehwag, he has so far paid tributes to Sachin Tendulkar, Sourav Ganguly, Rahul Dravid, Anil Kumble and Javagal Srinath.