Scotland are going to be brutal and will go for "a few upsets" when they begin the 'Super 12' campaign in the ICC T20 World Cup on October 27, asserted their left-arm spinner Mark Watt after their emphatic eight-wicket win against Oman with three overs to spare. 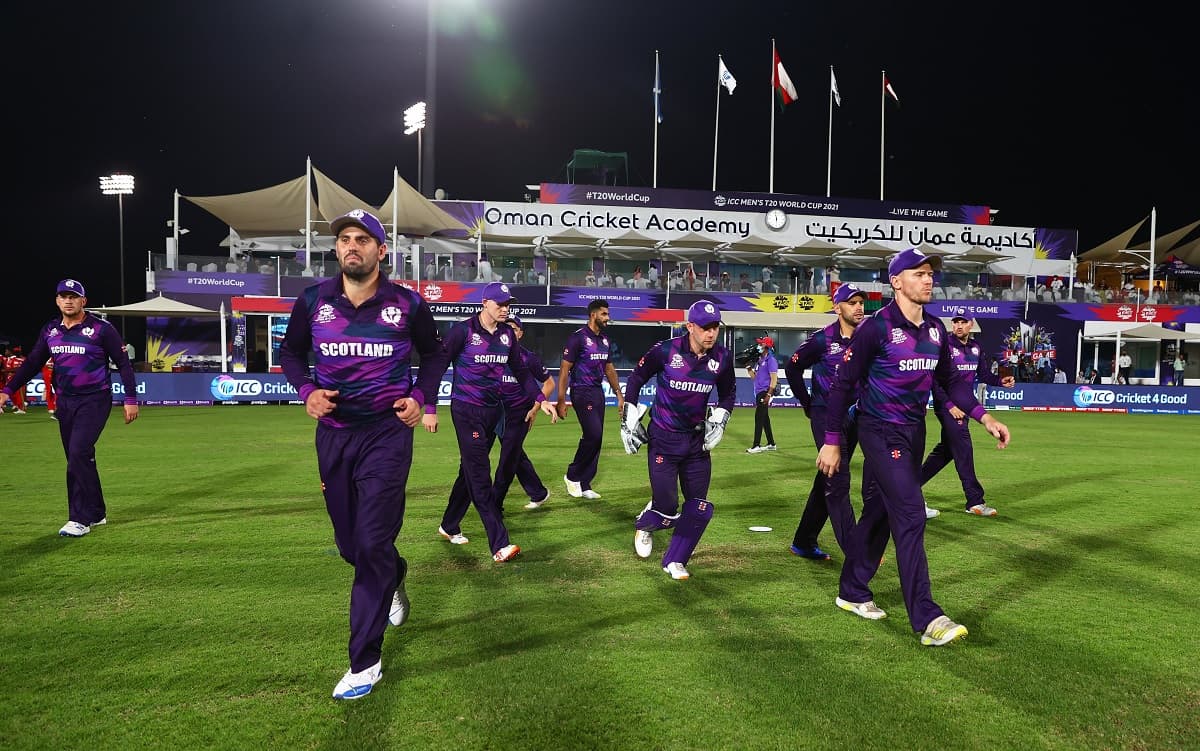 Debutants Scotland have been on a roll in the First Round Group B matches, steamrolling their opponents and winning all three games in the preliminary round to qualify for the 'Super 12s' as leaders of the pool.


Tried Too Hard Against Scotland Due To Expectations: Mahmudullah After PNG Win

On Thursday (October 21), Scotland first restricted co-hosts Oman to 122 and then smashed the required runs for the loss of two wickets and with three overs to spare.

Talking about his side's prospects in 'Super 12s', Watt said with confidence that, "I think we are going to make a few upsets. I don't see why not. We've done it before. We've beaten the best ODI team in the world; we've beaten Bangladesh just there. I think we're on a really good run of form."

He warned the big teams in 'Super 12s' to beware of Scotland's potential.

"Yeah, I think teams won't take us lightly. Yeah, they should be worried about Scotland. We're in a great run of form and we've got a lot of momentum going forward, so yeah," added Watt.

Watt said that his side will not be overawed by powerful teams such as Virat Kohli's India or Babar Azam's Pakistan, adding that he wants to challenge them.

"I mean, that's why you play the game, isn't it, to play against big stars (Virat Kohli, Babar Azam and New Zealand's Kane Williamson). You want to challenge yourself with the best, and they certainly are the best in the world. All the guys are just absolutely buzzing to showcase their skills against the whole world. That's why you want to get into the World Cup is to play against the best teams and the best players in the whole world to challenge yourself," added Watt.

Watt said the strategy of the side in 'Super 12s' would remain the same as in the Group games, adding that Scotland doesn't need to do "anything else differently".

"I don't think we need to do anything else differently. We've won three out of three, beaten a top-six nation in Bangladesh, so I don't think we need to change anything. If anything, Bangladesh need to change a few things because they've struggled in this group like we knew they would. Associate cricket is tough, and yeah, I think we just need to keep doing what we're doing," he added.