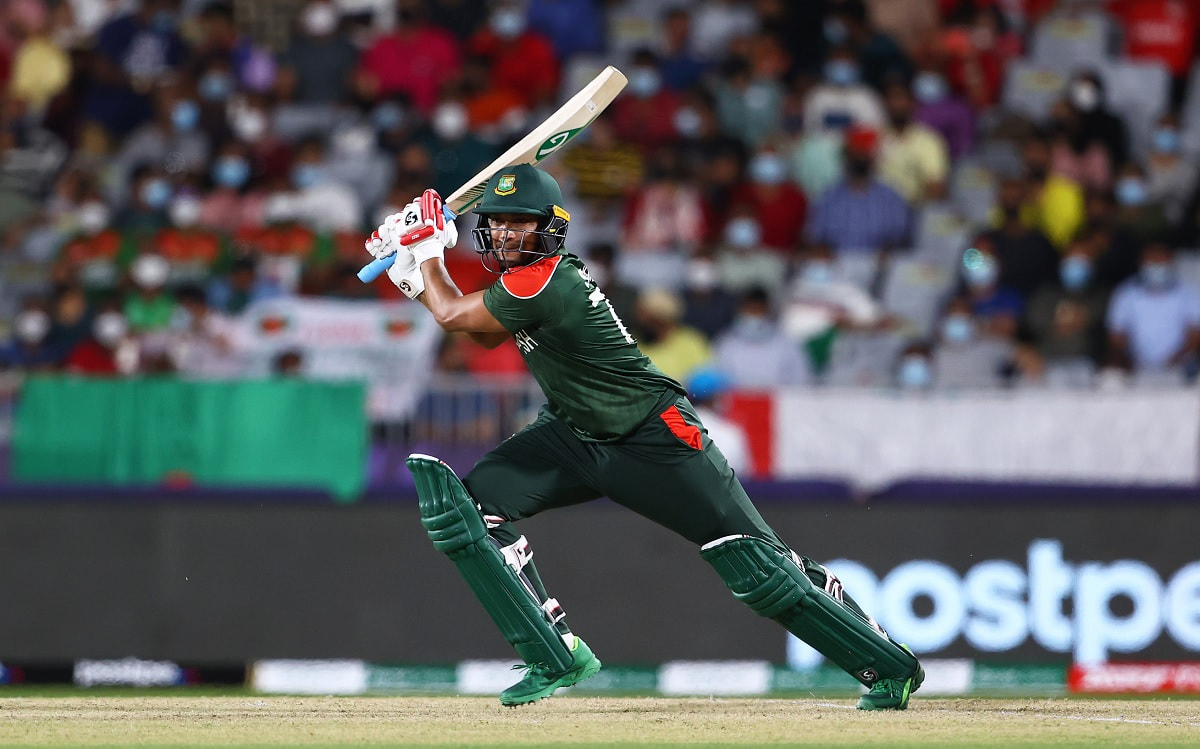 The shocking defeat to Scotland in their opening First Round Group B match was at the back of the Bangladesh cricketers' minds when they took on Oman in their second ICC T20 World Cup match on Tuesday evening, conceded veteran all-rounder Shakib Al Hasan.

Bangladed defeated co-hosts Oman by 26 runs after posting 153, thanks to a half century by Mohammad Naim (64) and Shakib's 29-ball 42, which laid the platform for the victory.

However, Shakib, who will have to shoulder much of the responsibility in the T20 World Cup in order to guide Bangladesh to the 'Super 12' stage, said during the post-match press conference, that Oman needed 84 runs in the last 10 overs, which was quite achievable, and that Bangladesh had to really tighten their game to ensure the co-hosts don't reach target.

To a pointed question on the "massive difference" in the efforts put in by Bangladesh in the last 10 overs compared to the first 10, Shakib said, "Well, when we were playing the last game against Scotland, so we needed 86 runs in the last 10 overs. They (Oman) needed 84 runs today (October 19) in the last 10 overs. We had to do our basics right, and we knew what ball we should bowl on that track. So I think the bowler adjusted really well, and that paid off."

In a closely contested match against Scotland, Bangladesh lost by only six runs chasing 140 in the opening T20 World Cup match on October 17 and Bangladesh thought anything between 80-90 runs in the last 10 overs could be achieved by Oman.

There were a few dropped catches in the first 10 overs, but Bangladesh tightened their fielding and bowling to make a quick turnaround and restrict Oman to 127/9.

On the huge support his side got from the crowd despite Oman being the home team, Shakib said, "I think India and Pakistan, most places we go, we find this sort of crowd. They keep on supporting us no matter what. Thanks to them. They were there supporting. I hope they'll continue their support."